Create game mechanics different from those found in doom. They must be related to the universe of Dante inferno.

Create a level inspired by the gluttony circle of Dante inferno.

3 different challenges for the player 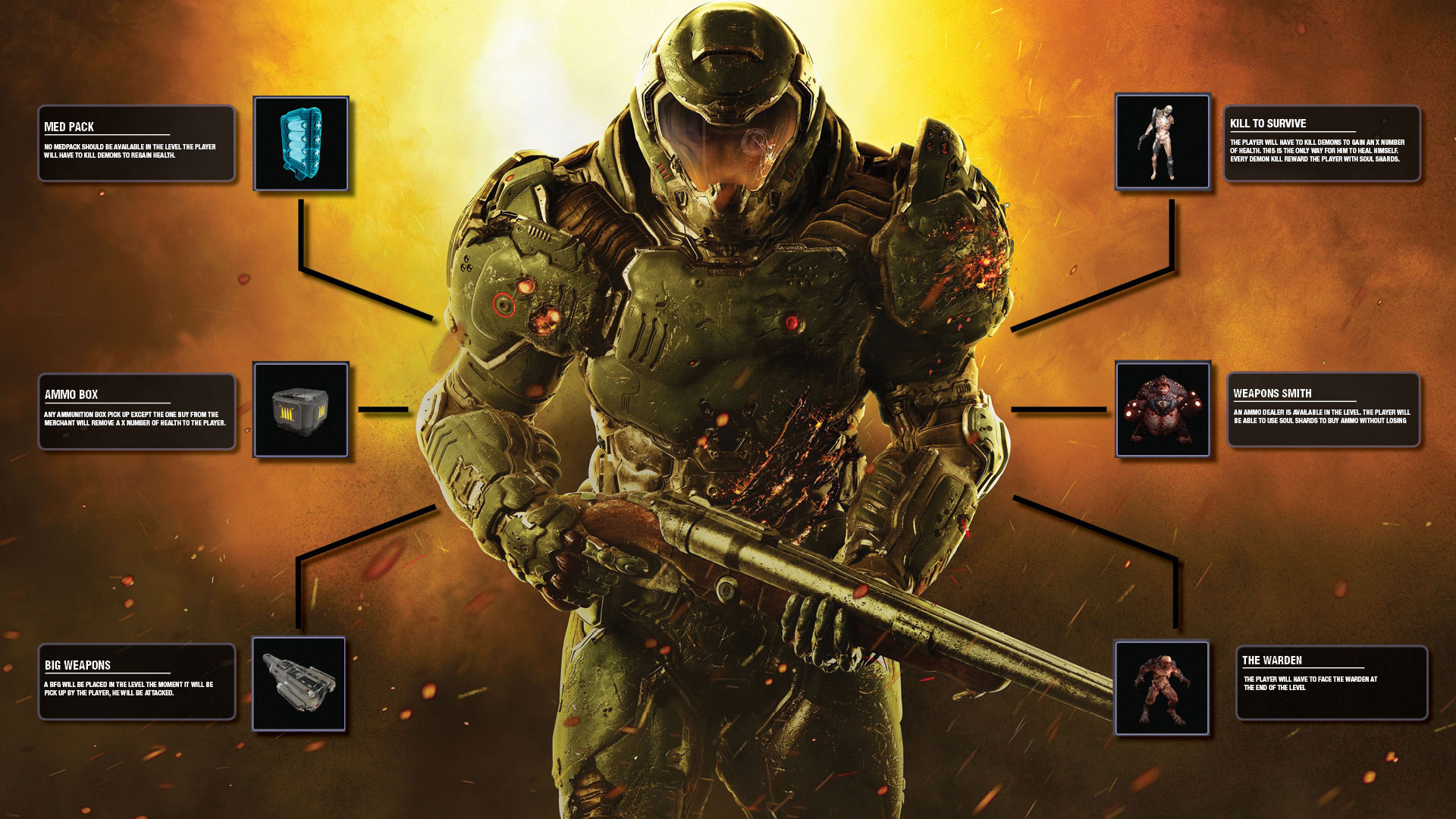 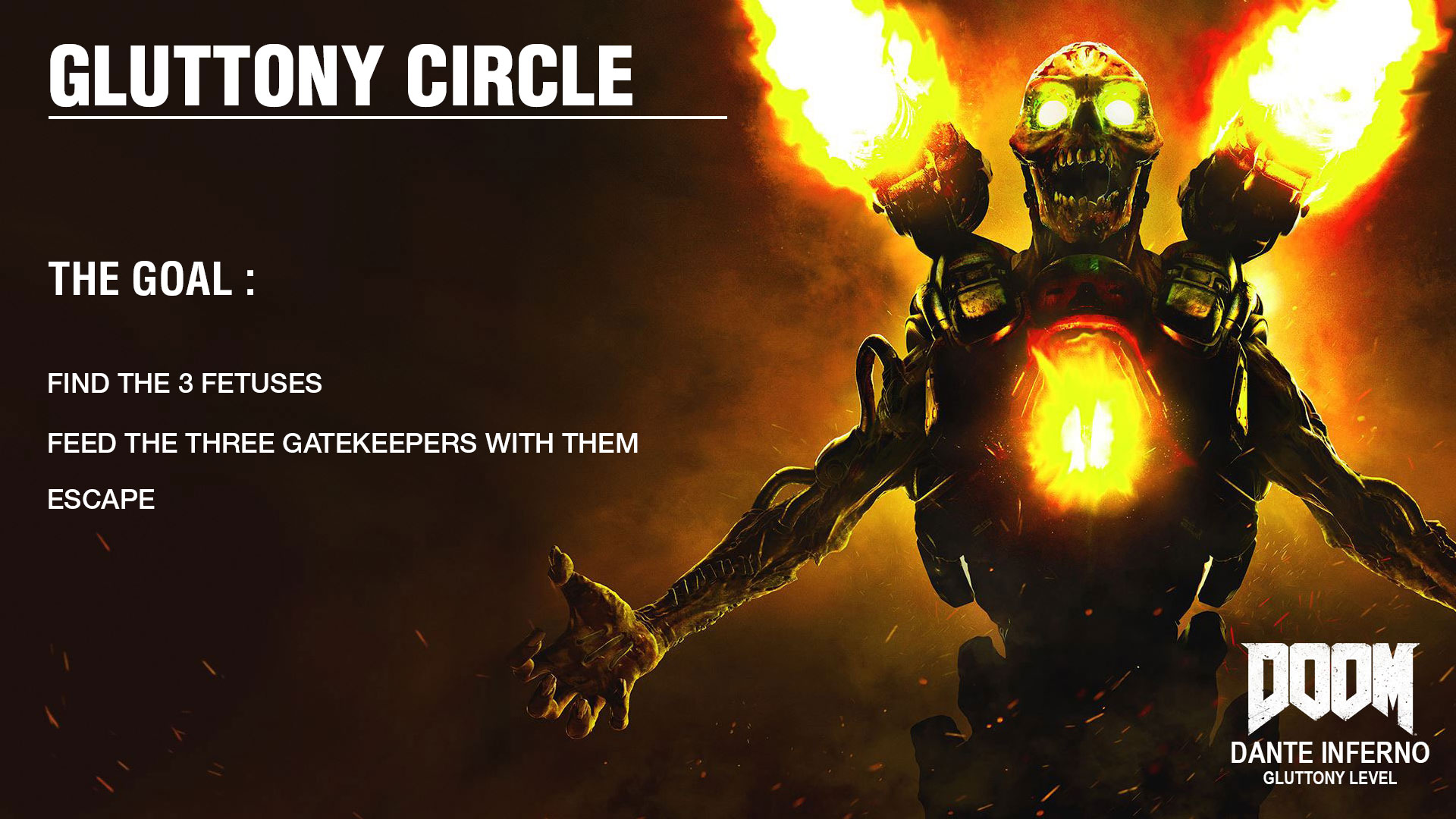 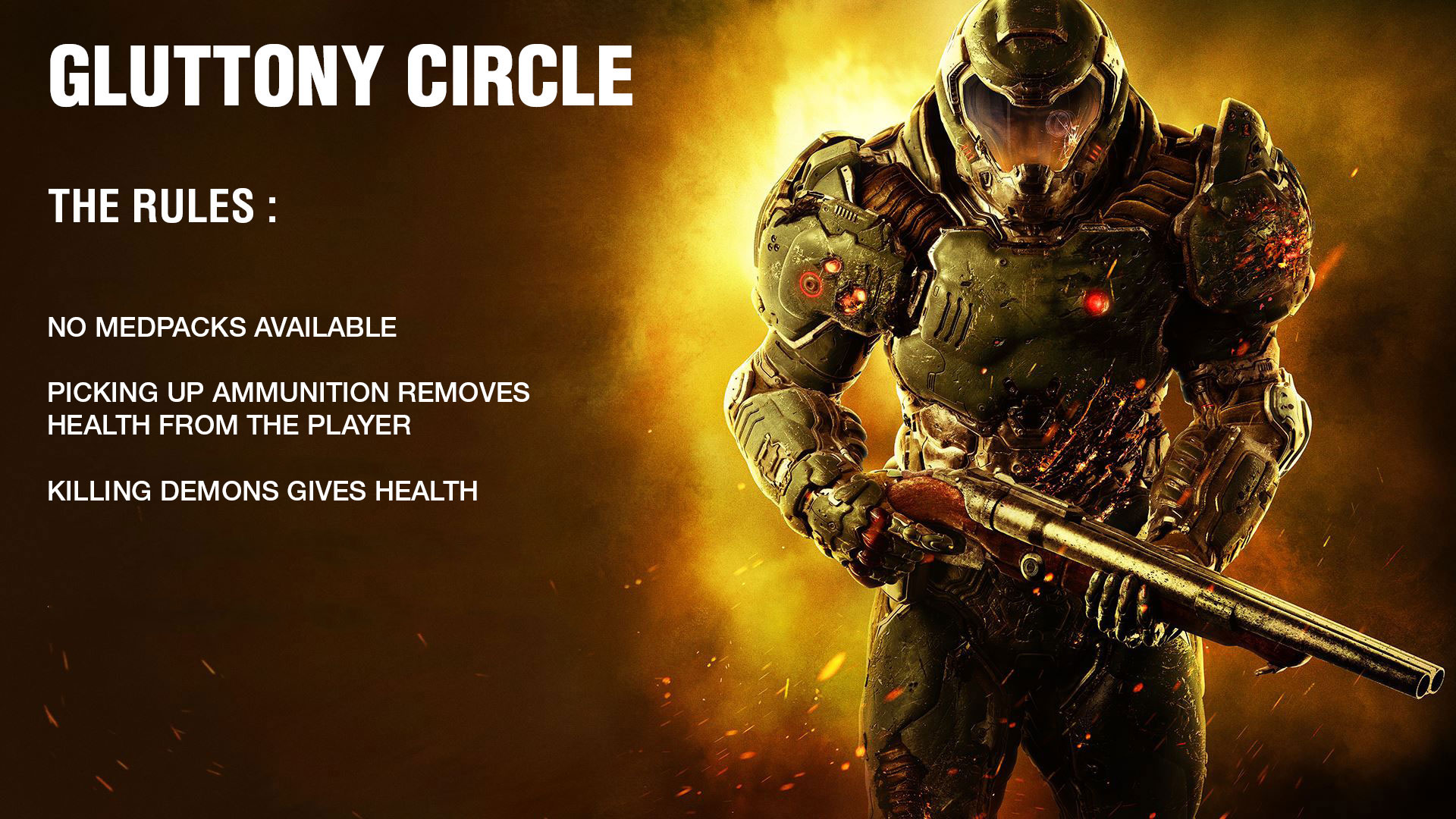 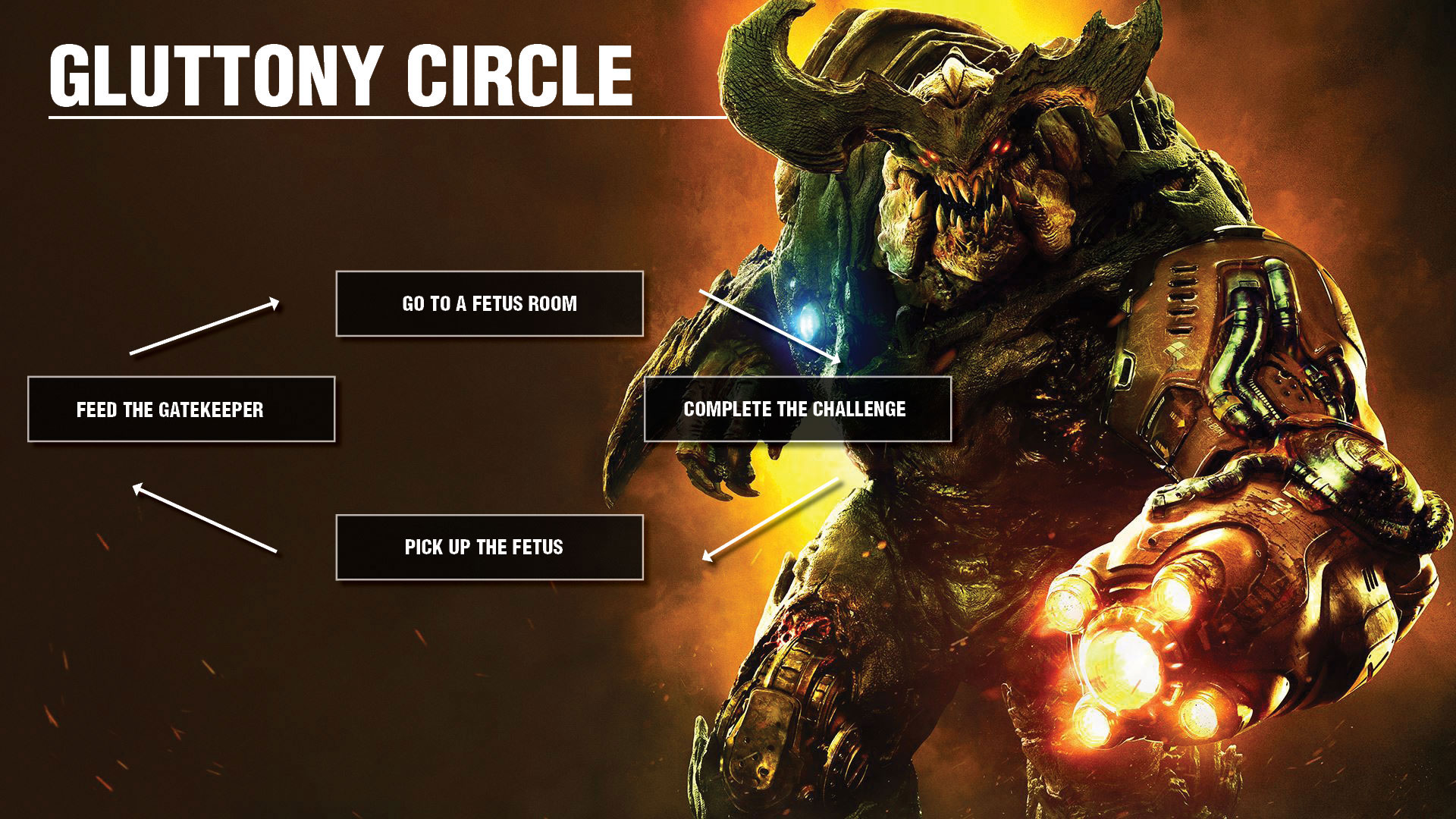 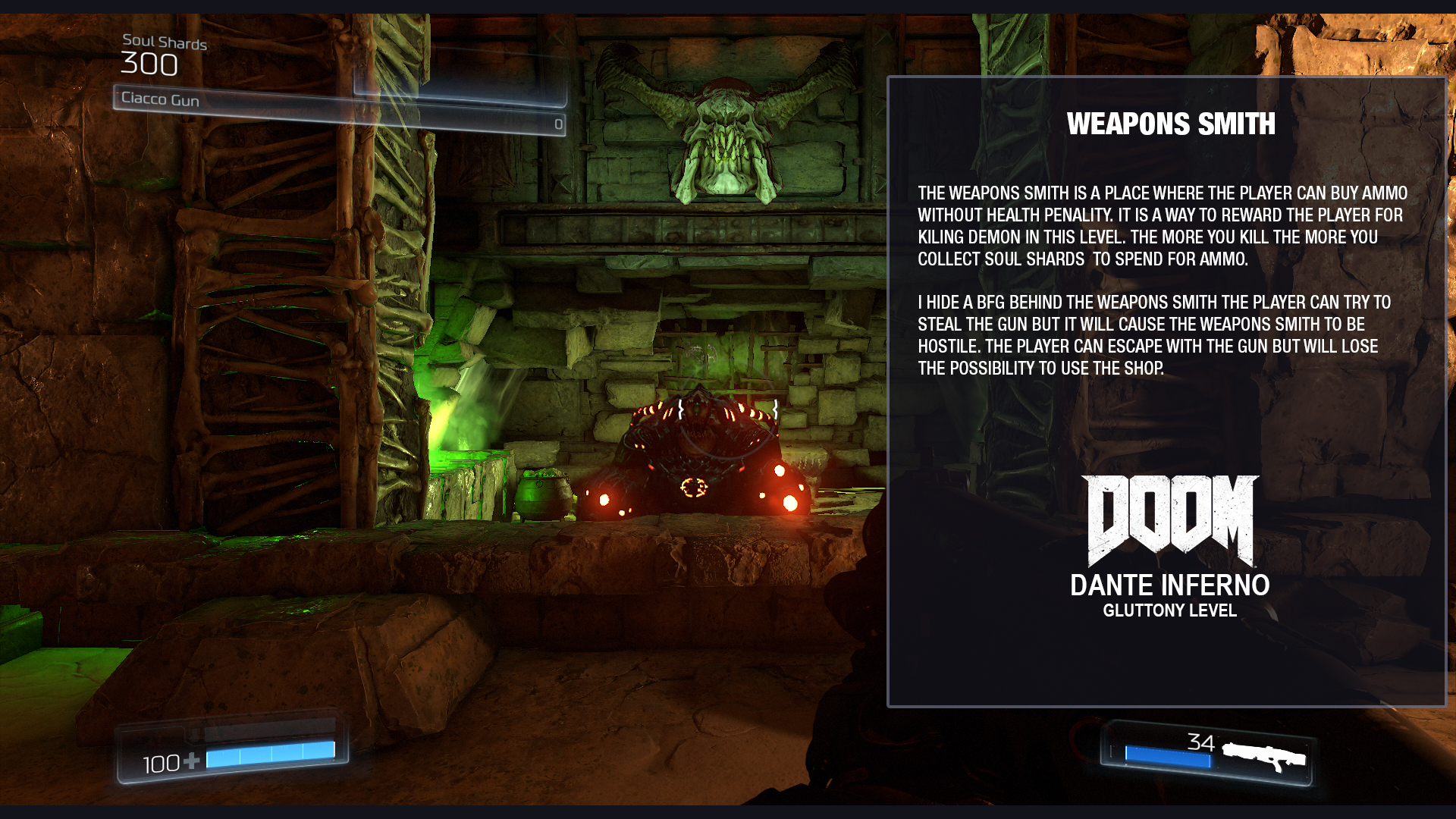 In this level every time the player takes ammo box it is considered gluttony and he lose health. It works really well in a fight because it creates some moment where you have to chose to lose some health to gain ammo to kill demons and regain that health. I also want to give the player the ability to get a reward for killing demons this is where I chose to create the Weapons smith. When the player kills a demon he gets an amount of soul shard that he can use to buy ammo to the shop. 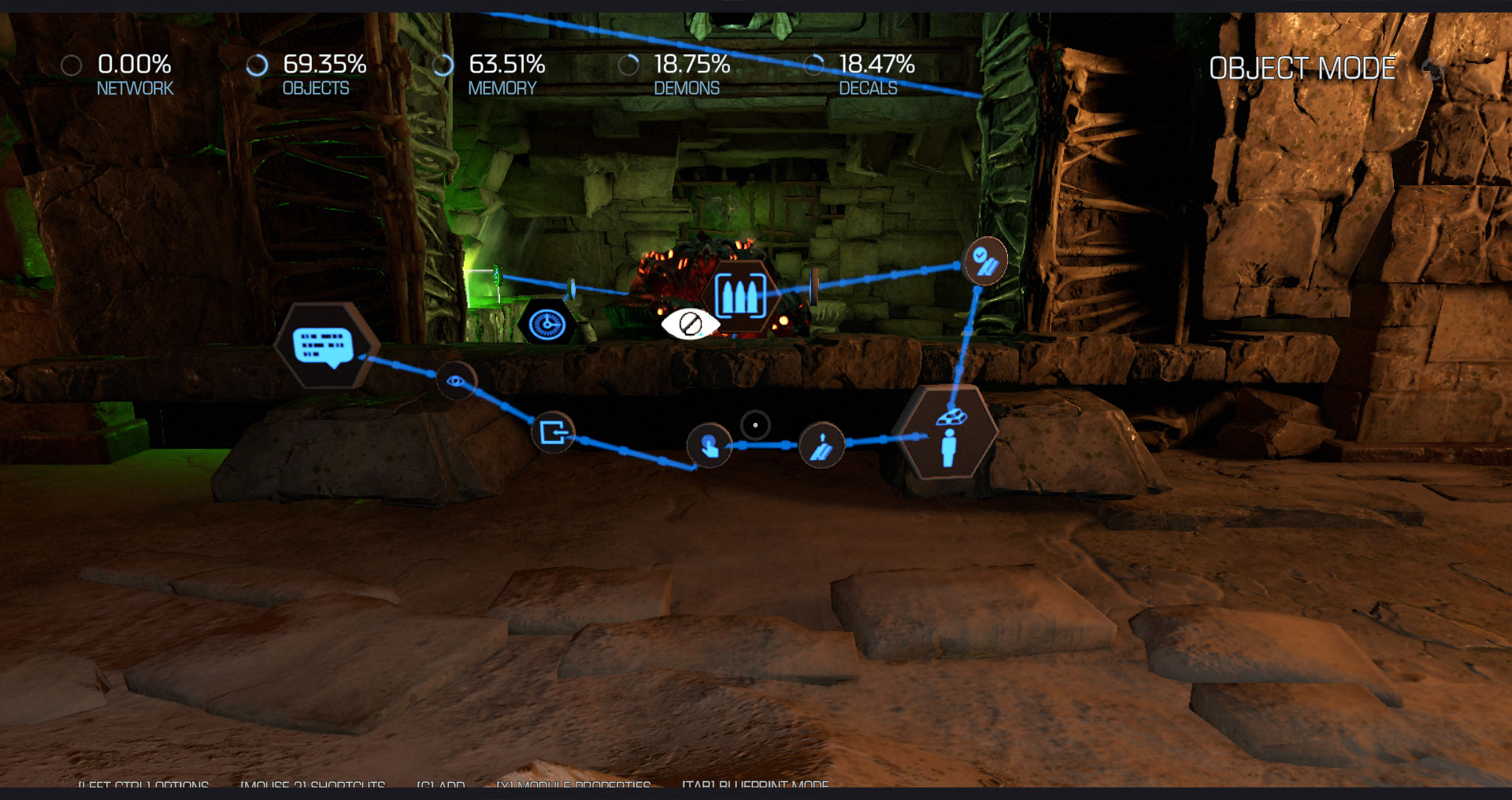 How I did it

To create that shop keeper it was pretty simple when the player enters a trigger box it makes the text visible to the player it gives him the ability to interact when he does it check if the player has enough resources if yes it subtract the amount needed to the total he has and make an ammo box spawn if he does not it trigger a message. 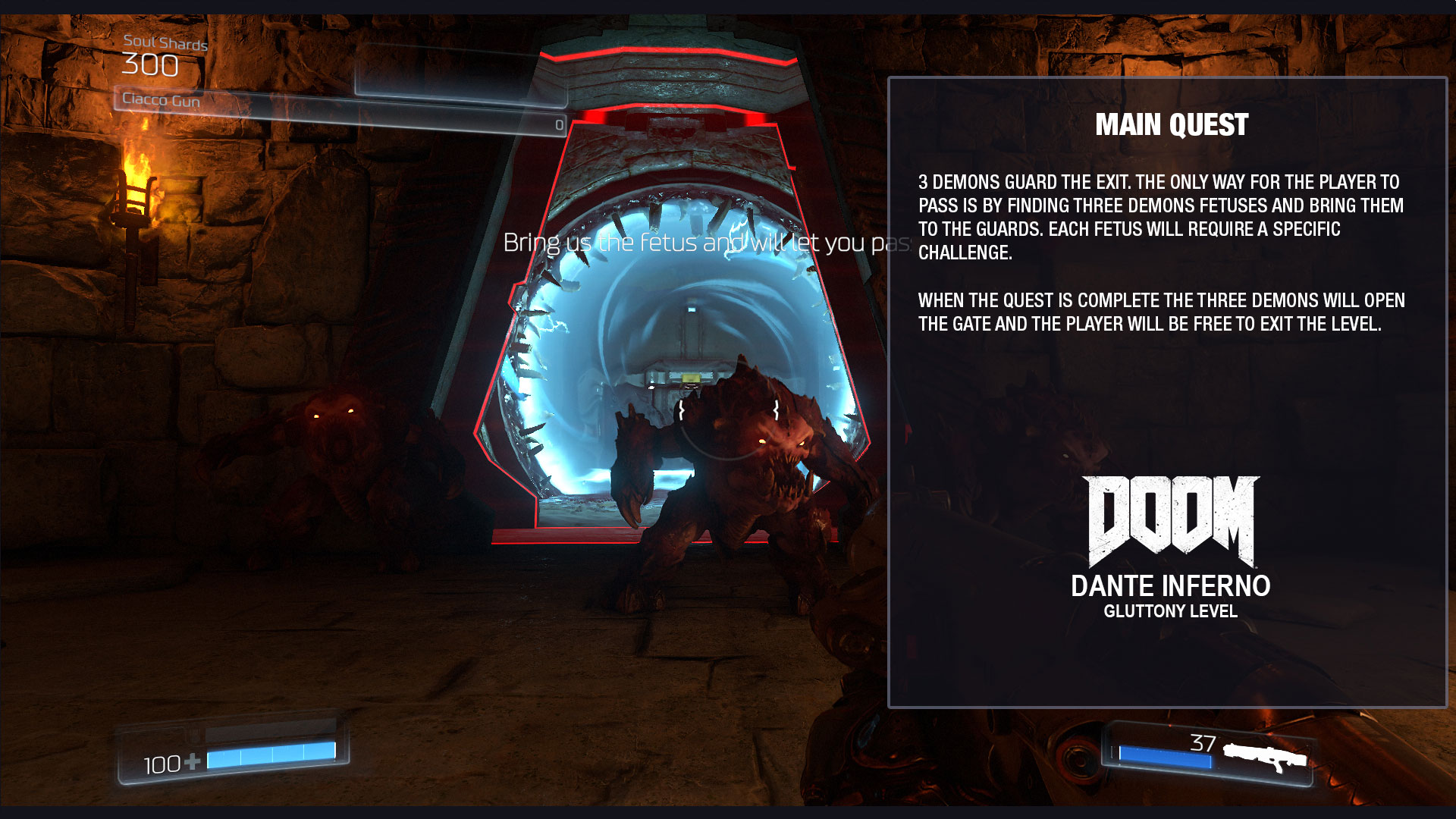 Creating quests in Doom is something I always want to do. When we decide to create a mod in the universe of Dante inferno I thought it would be a great project to try it out. I did some research and work around in Snapmap to create the illusion that the demon is giving you a quest, in reality, you trigger an objective by interacting with the trigger box I place in front of them. It works pretty well and it gave a completely different feel to the game. 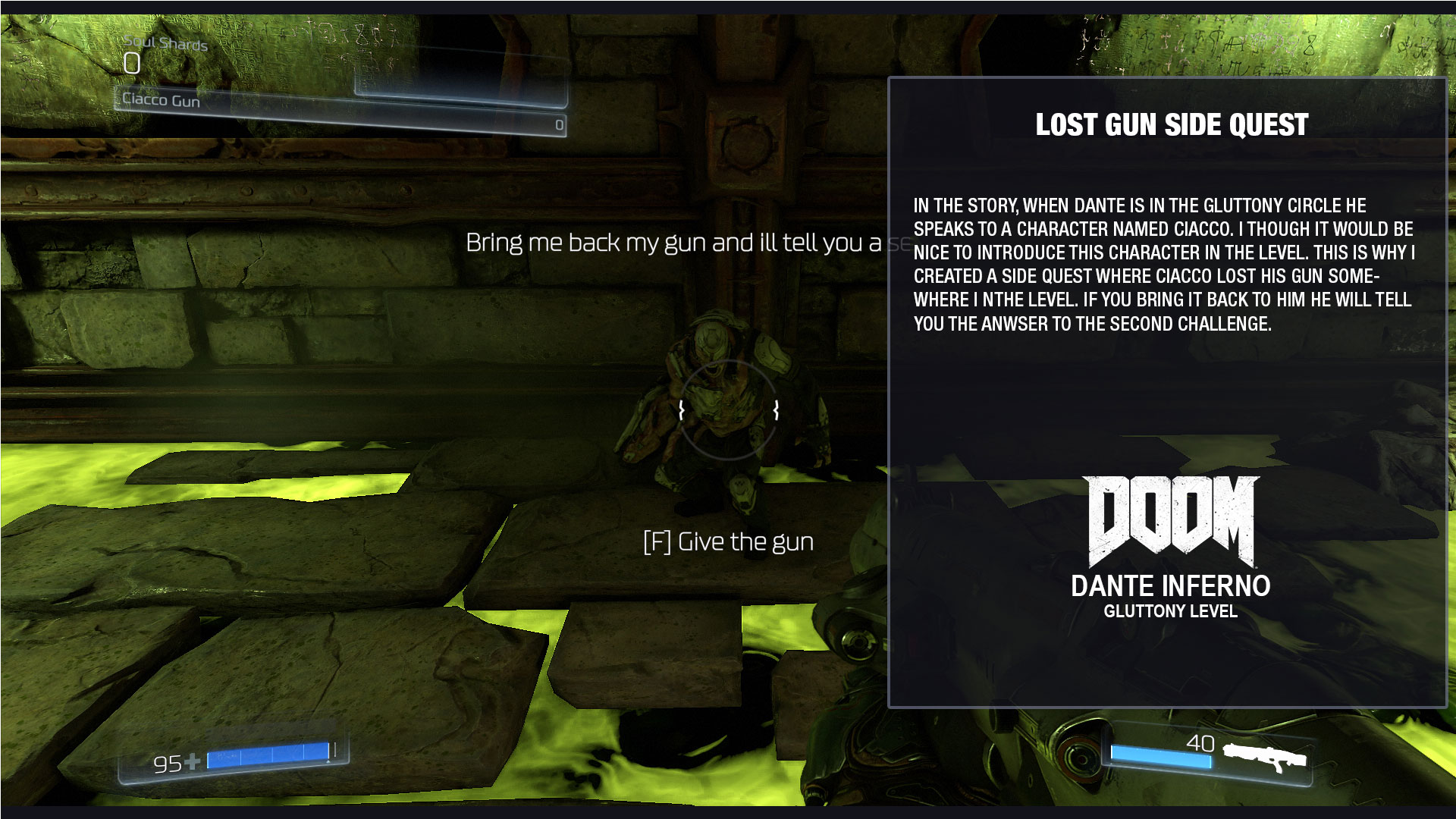 As the main quest system was working pretty well I thought it would be nice to have a side quest in the level. I decide to use a character that Dante encounter in the gluttony circle Ciaco. In the story, he has lost his weapon and It gave me the idea to create a quest around that. If the player finds his gun and bring it back to him he will give them the answer to the second challenge riddle.

Always punish the player is not good

When I start to design the gluttony level I was thinking about punishing the player every time he picks up something. As I was testing I found it really annoying to always lose health for every single item I found. This is where I decide to only punish the player when he took the ammo box outside the shop keeper. It creates some nice moment in combat where you have to choose between losing health and keep killing monster or retreat to the shop keeper. It also gave the feeling that the player is addicted to ammo box like in the book where all creature in the circle is always hungry.

Working with Snapmap was fun but limited, at first, we want to create a full campaign where the player starts in the main hub where he could travel through a different circle and always come back to it to upgrade his gear. We realize soon enough that travel from level to level in Snapmap was limited we could not save the progression from one to another. We manage to duplicate the main hub level 3 time and when the player starts the game he only has one circle open when he completed it he was teleport to one of the copies of the main hub where a new circle was open and the one he completes was close. We also remove the idea of upgrading the character instead every level has different game mechanics and items. 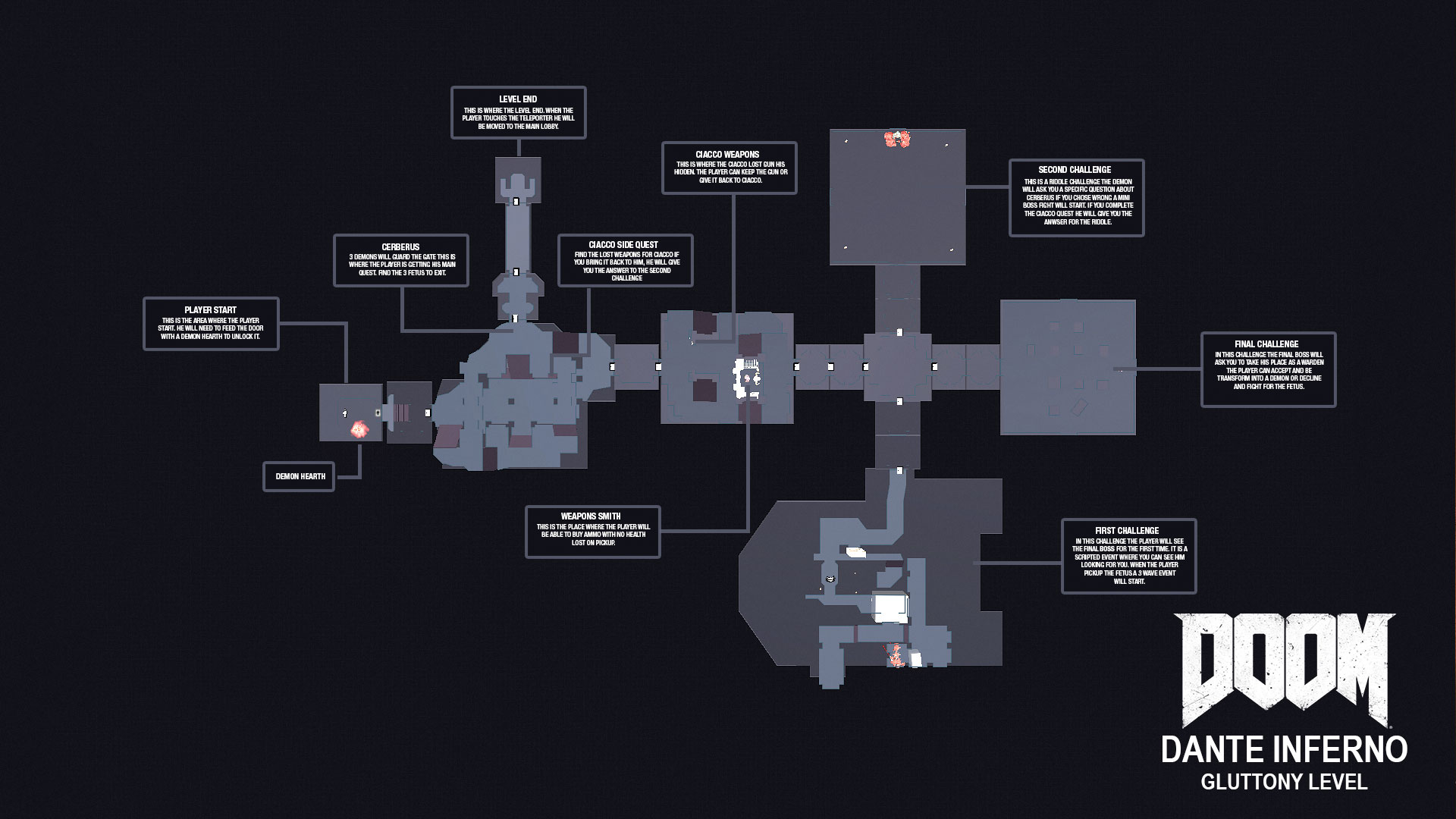 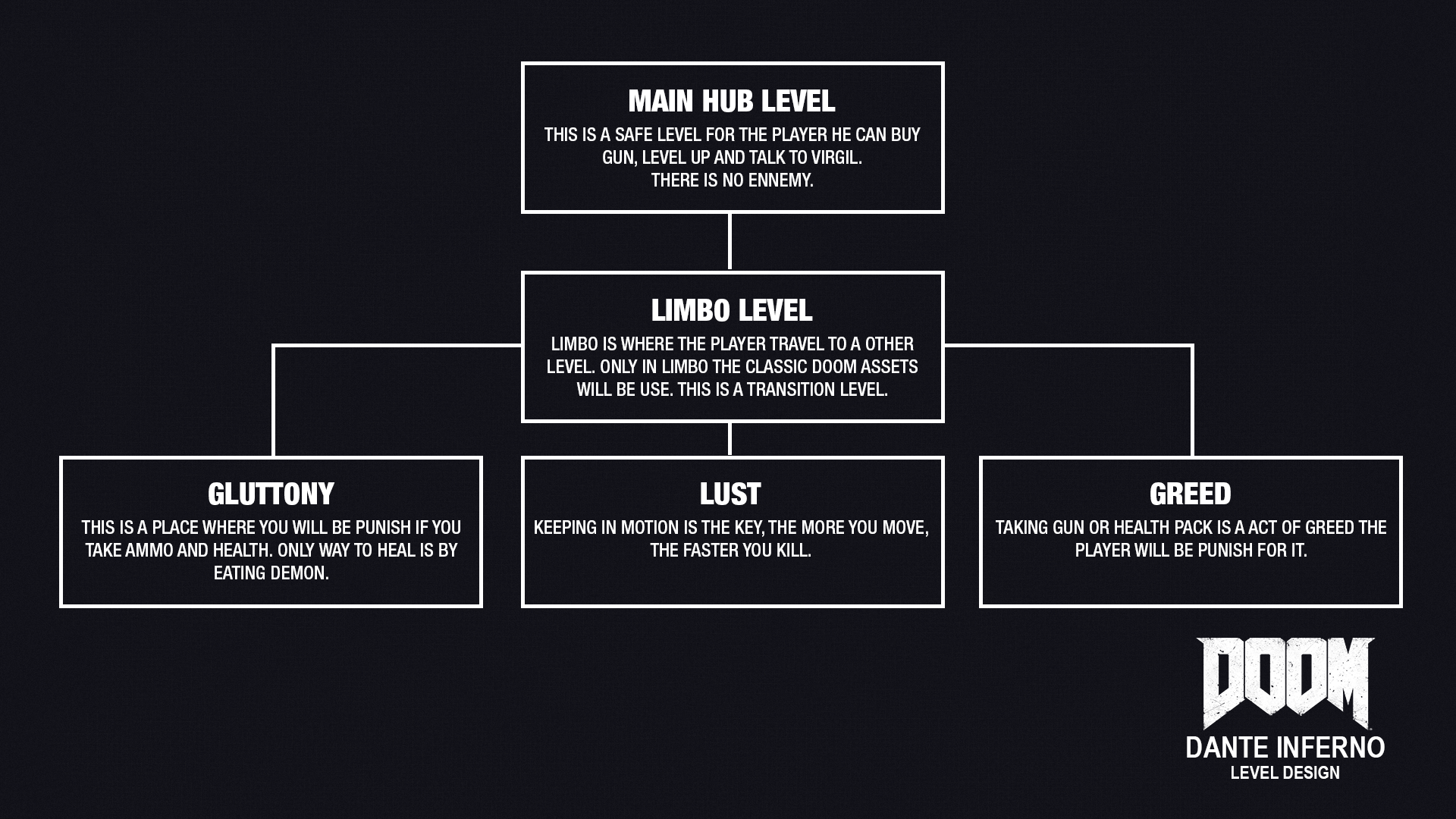 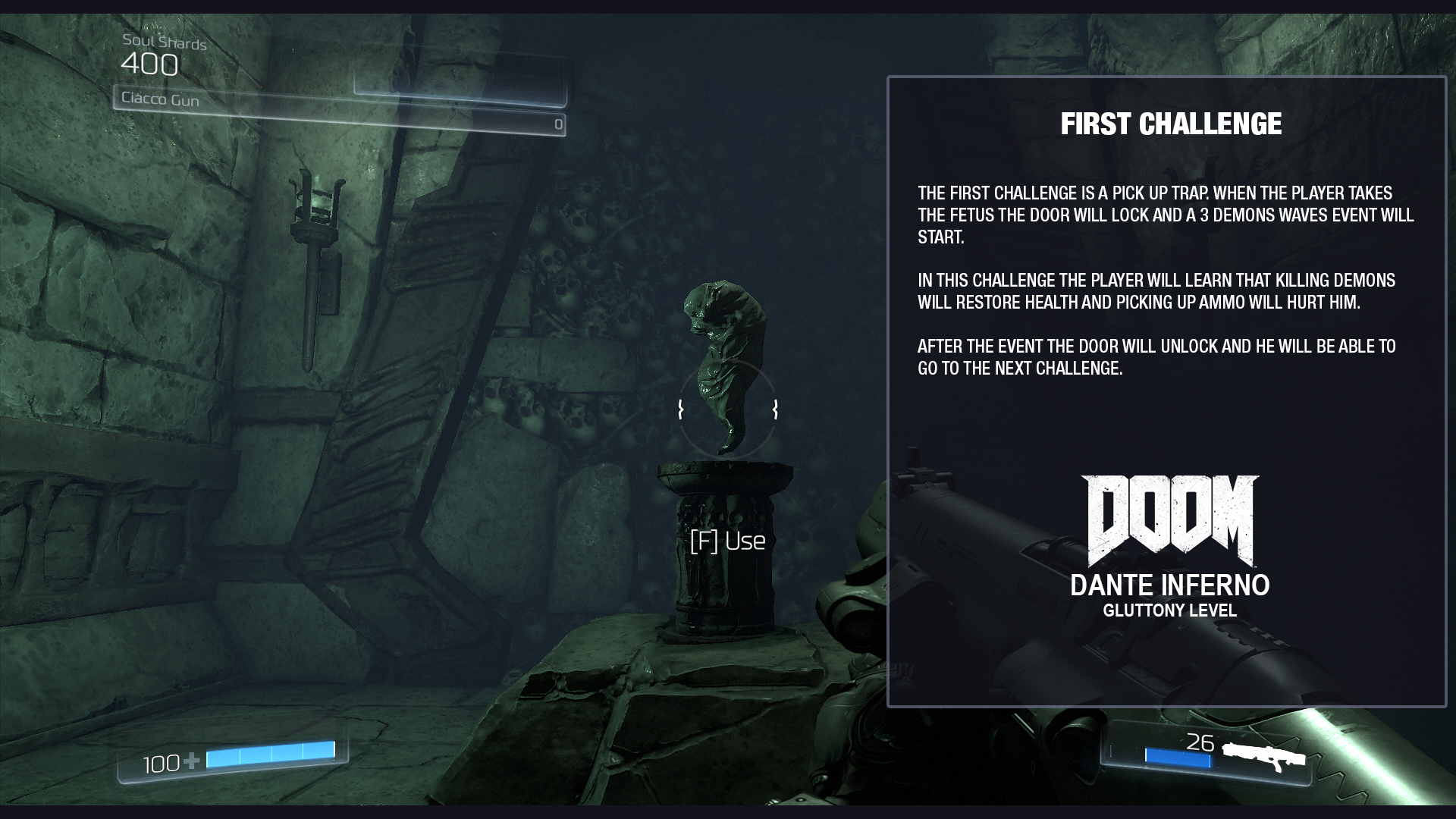 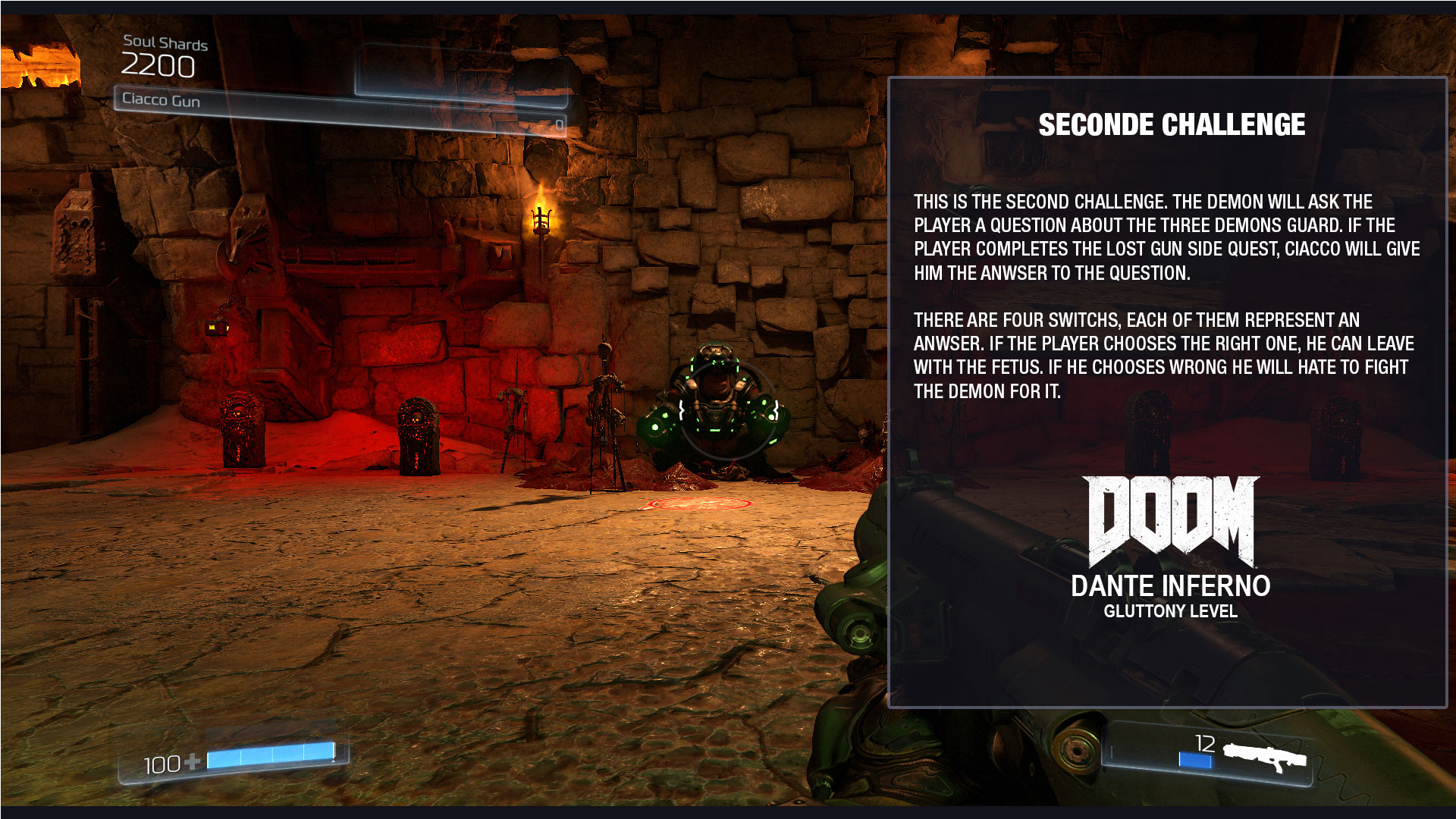 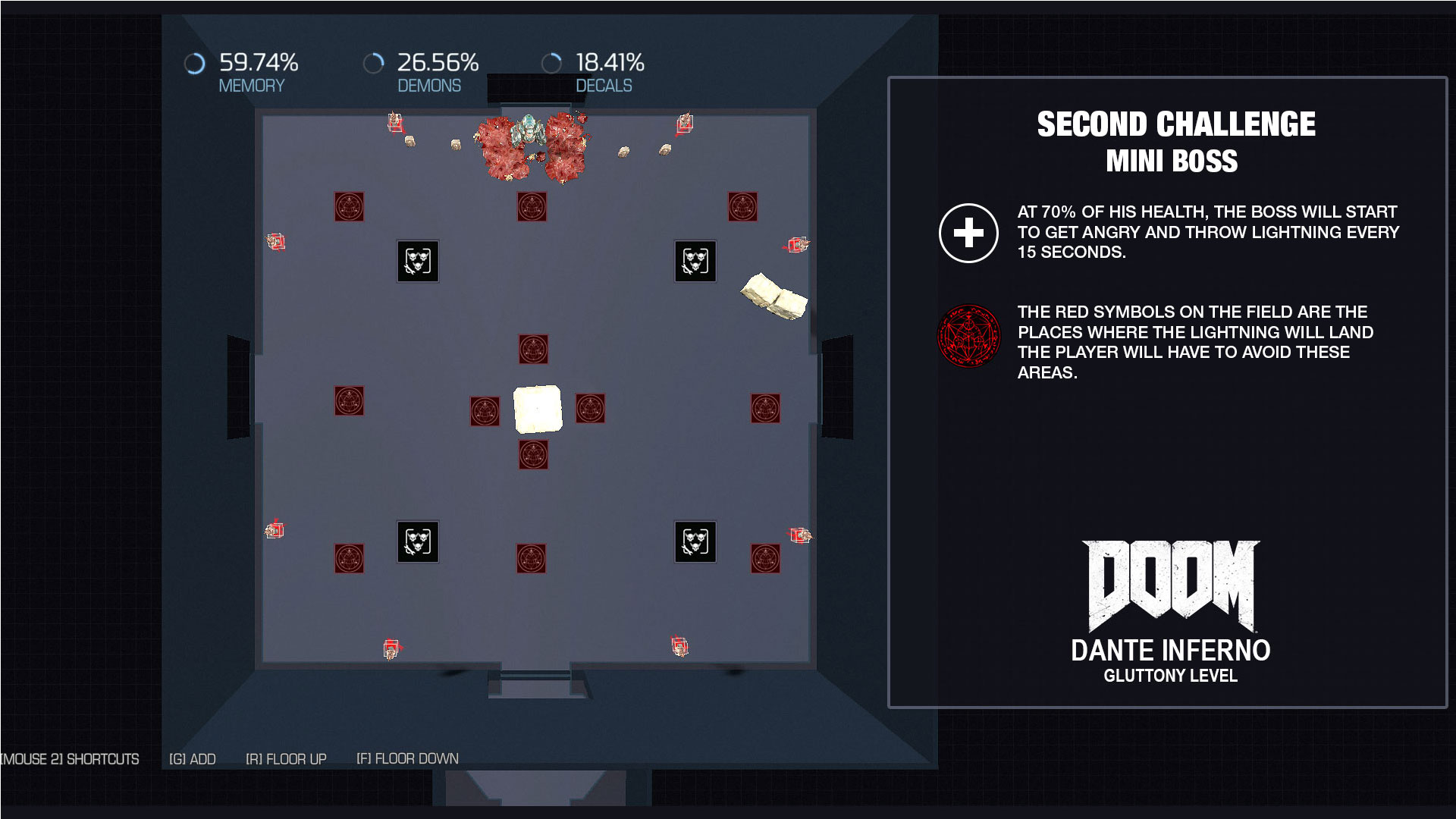 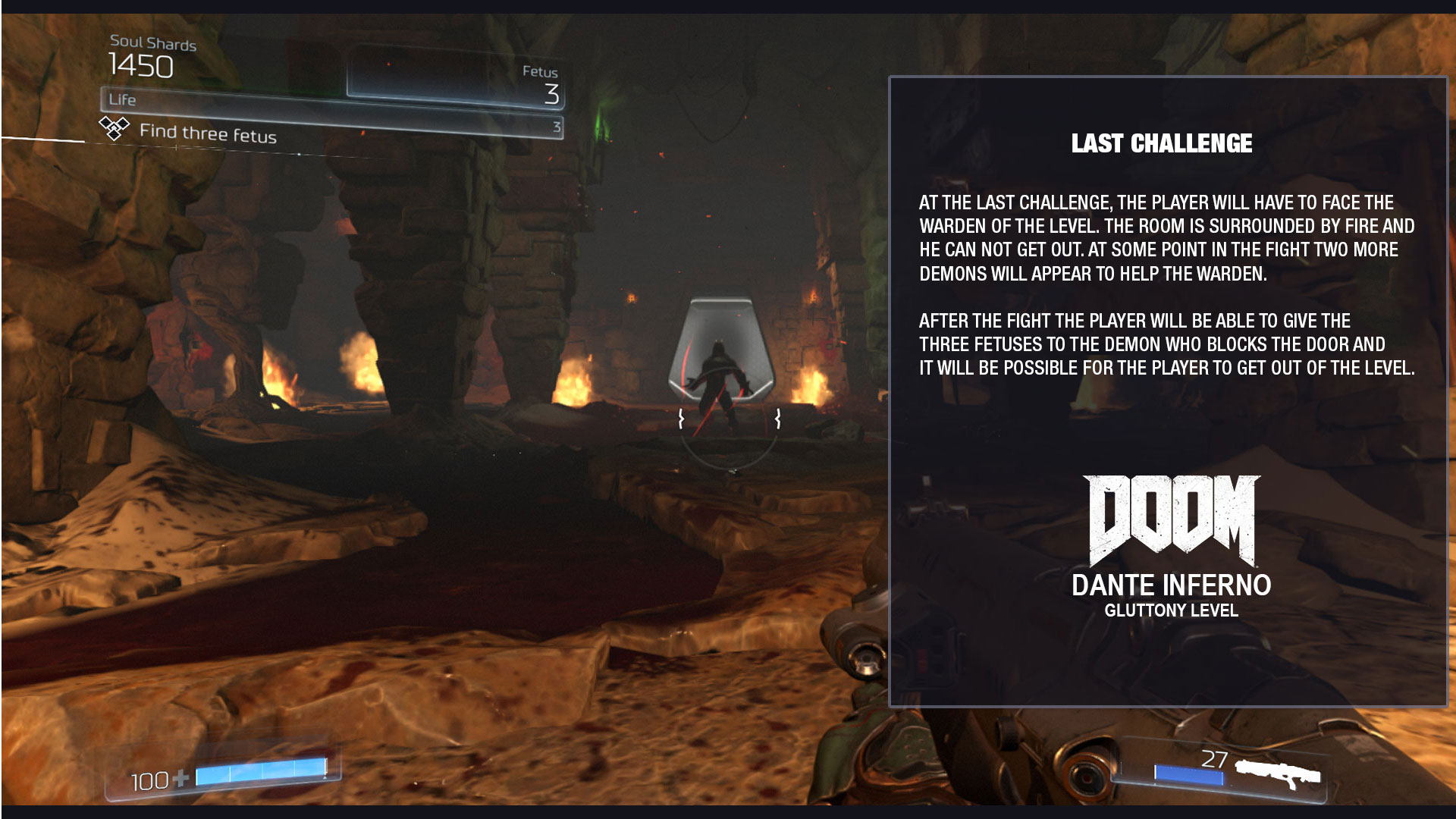 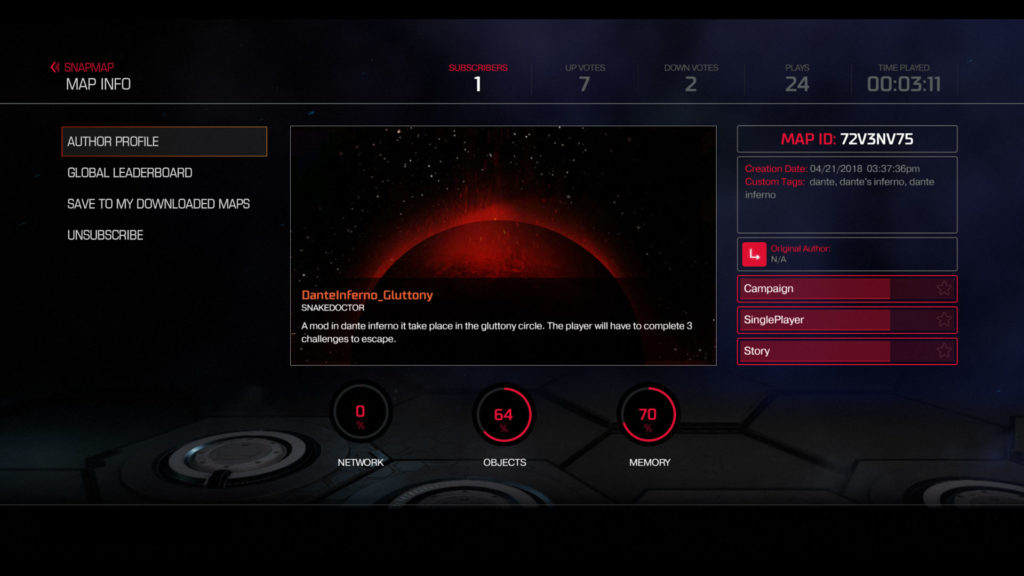