A turn based strategy game in the world of Norse mythology where you play as a troupe of Vikings in search of killing a legendary dragon.

Create combat mechanics for 4 different characters that allow them to fight as a team.
Balancing, tweaking of values to create a challenge for the player.
Create combat system for the enemy.
Boss fight
Create game design tools

Create 3 different levels with 1 different challenge for each.

Communicate the game mechanics and the vision of the project to our programmer. Daily Check up with him to find out if everything was on time. 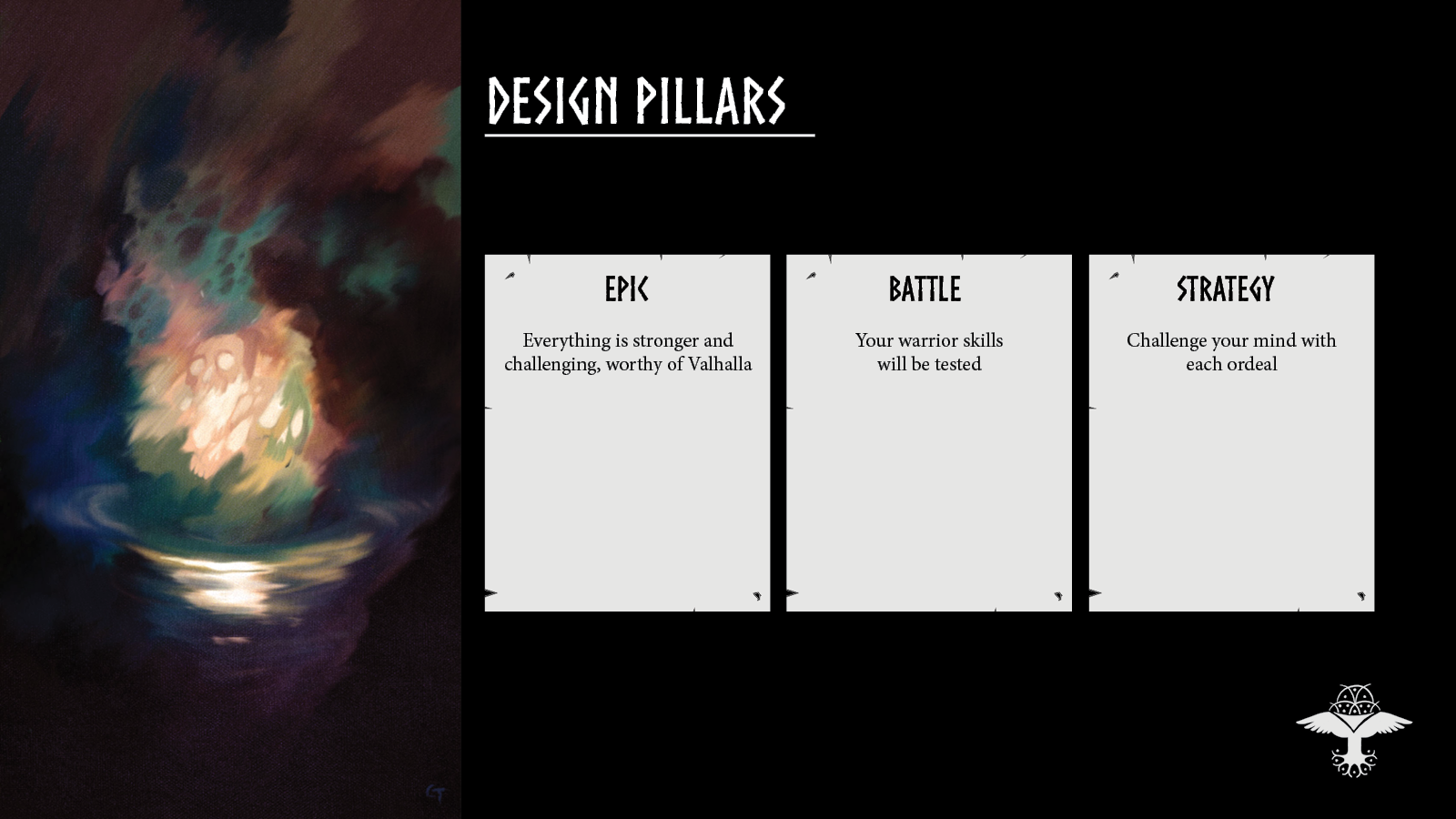 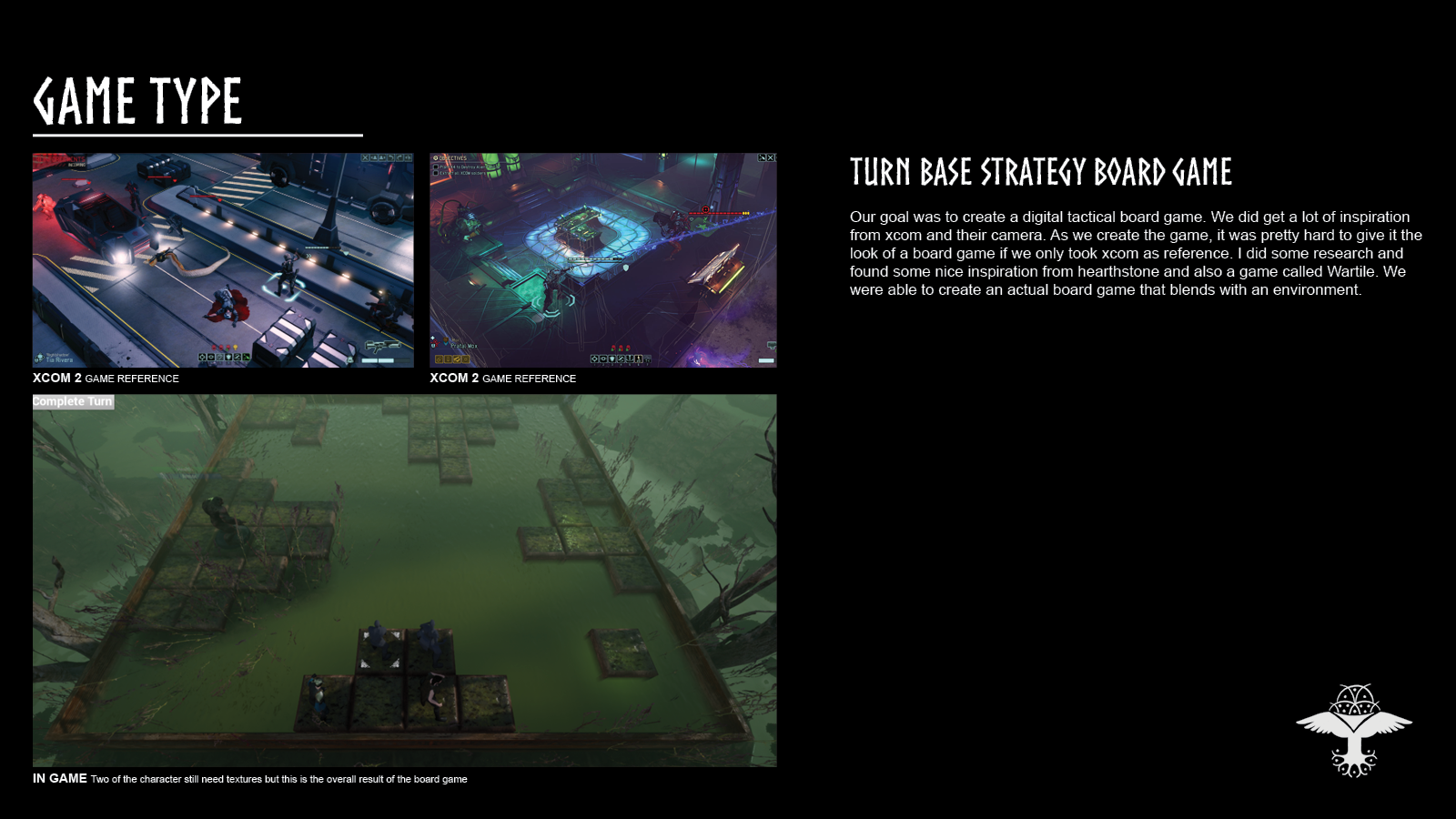 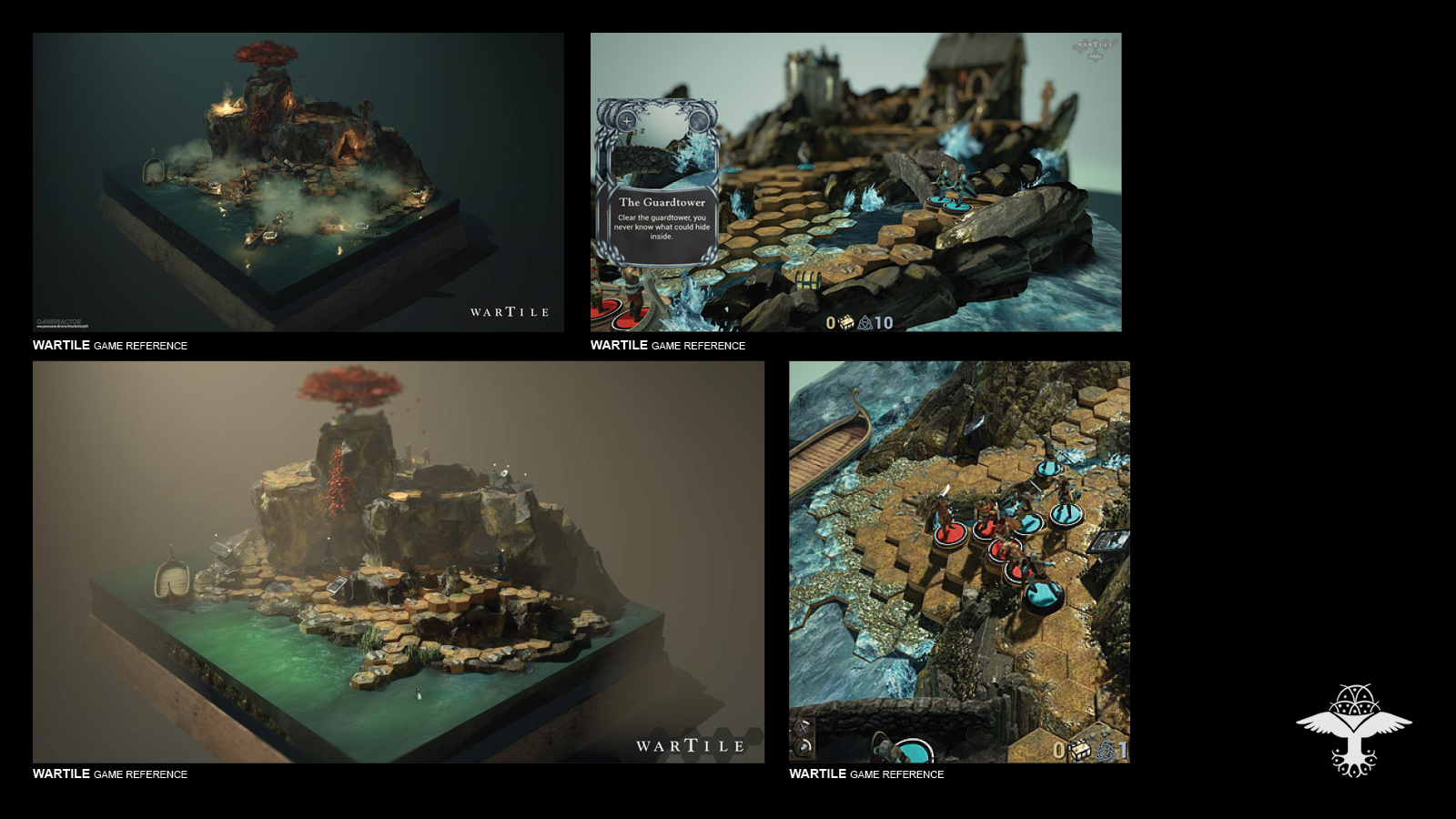 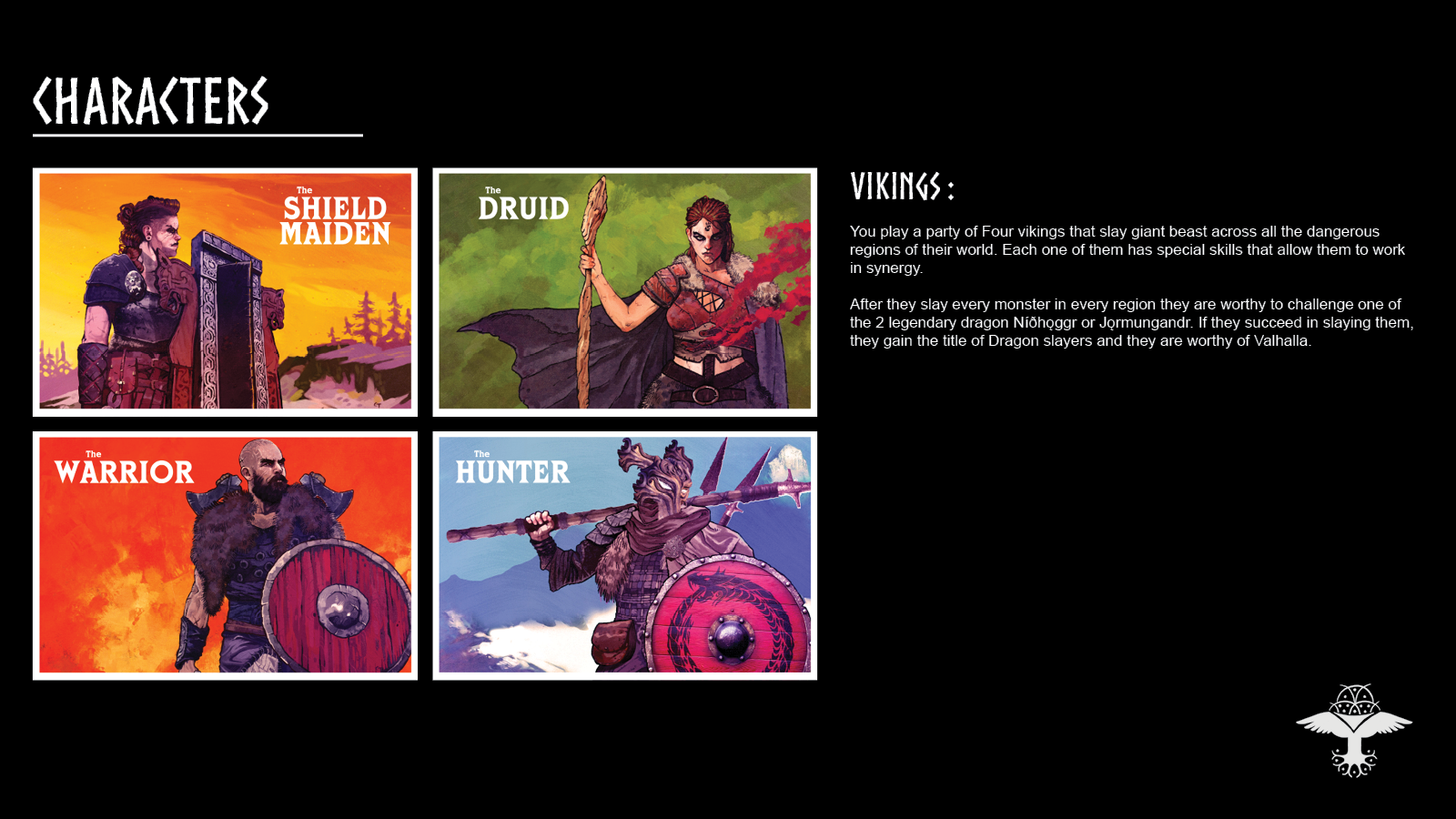 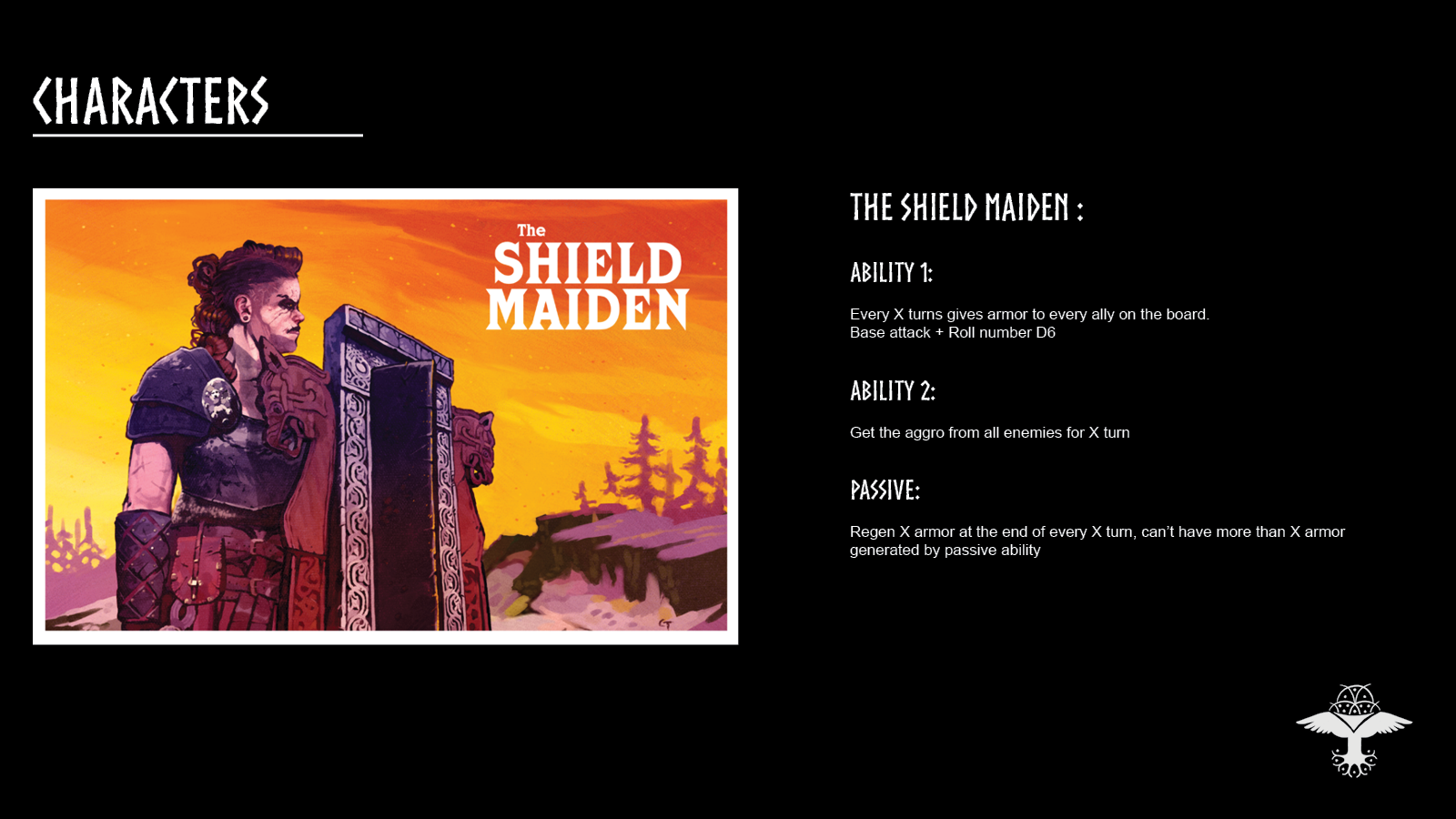 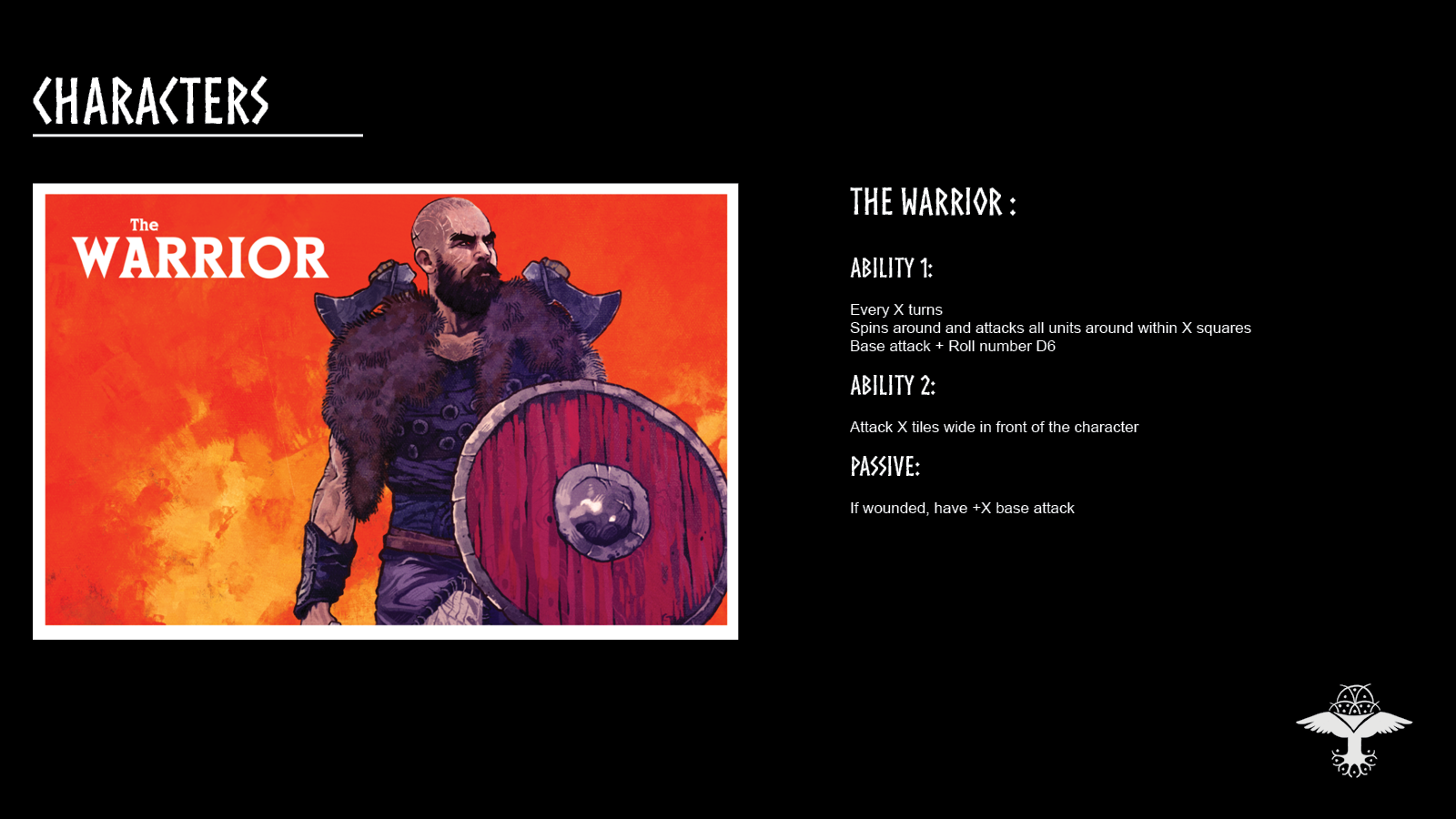 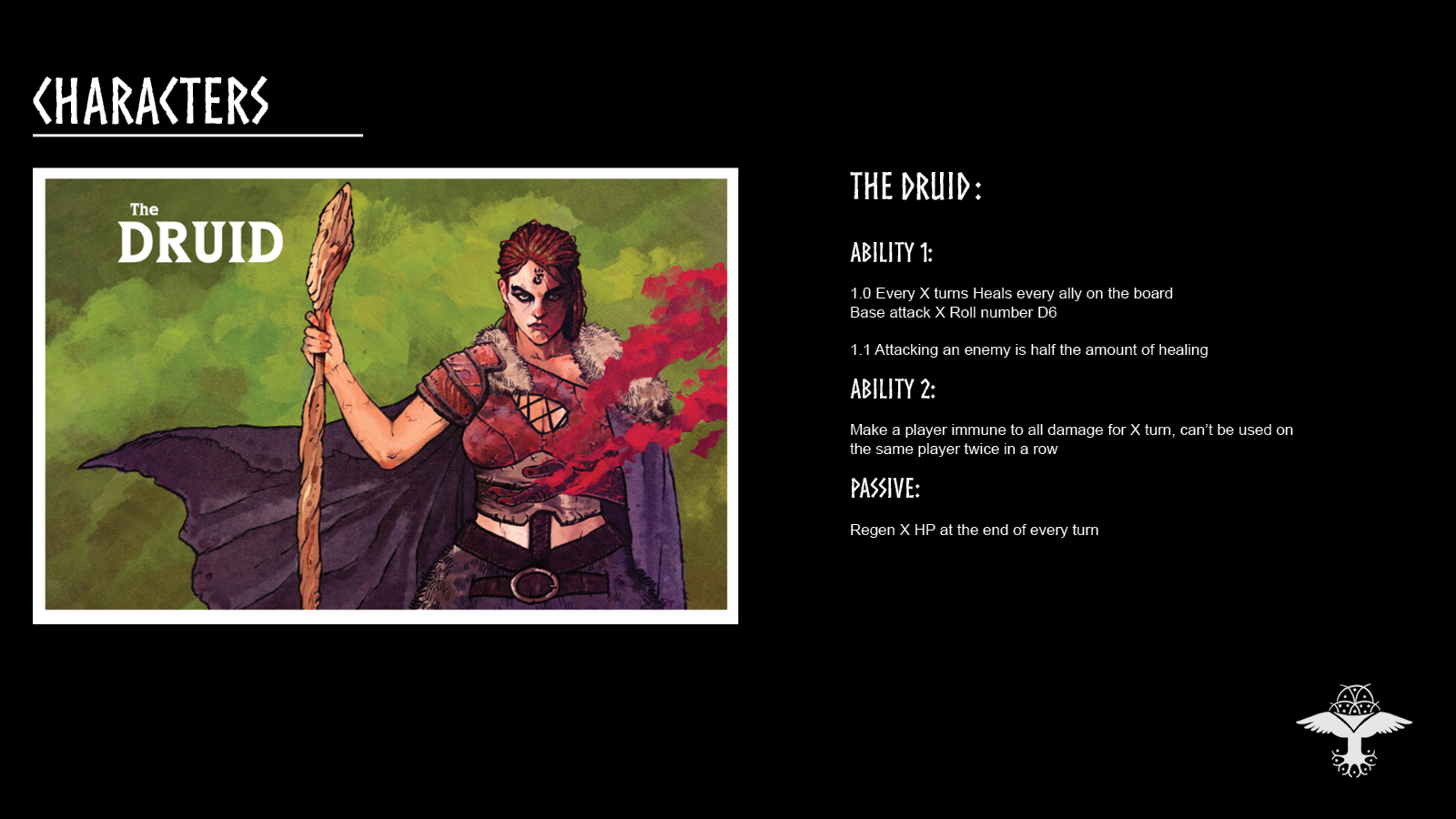 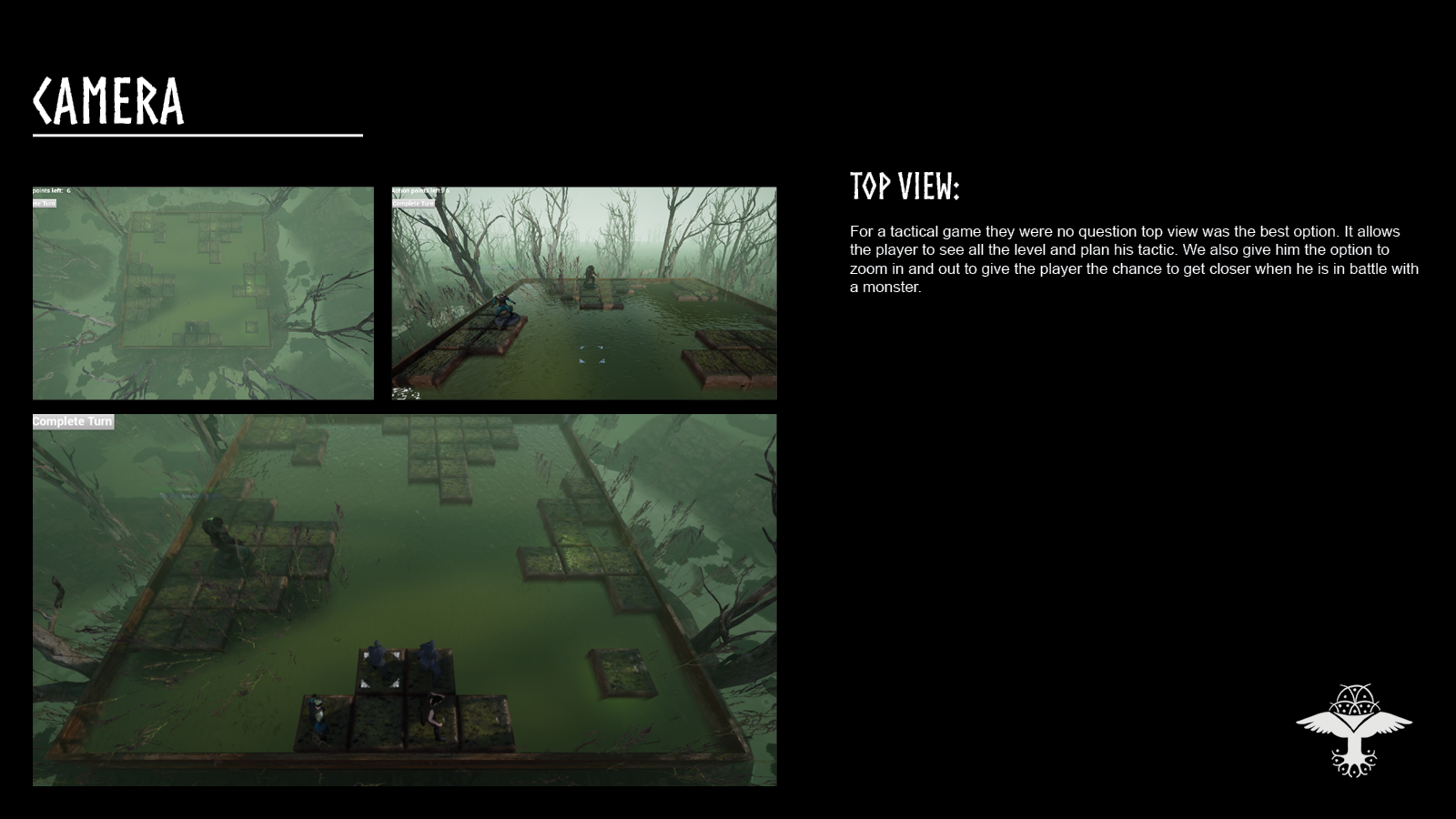 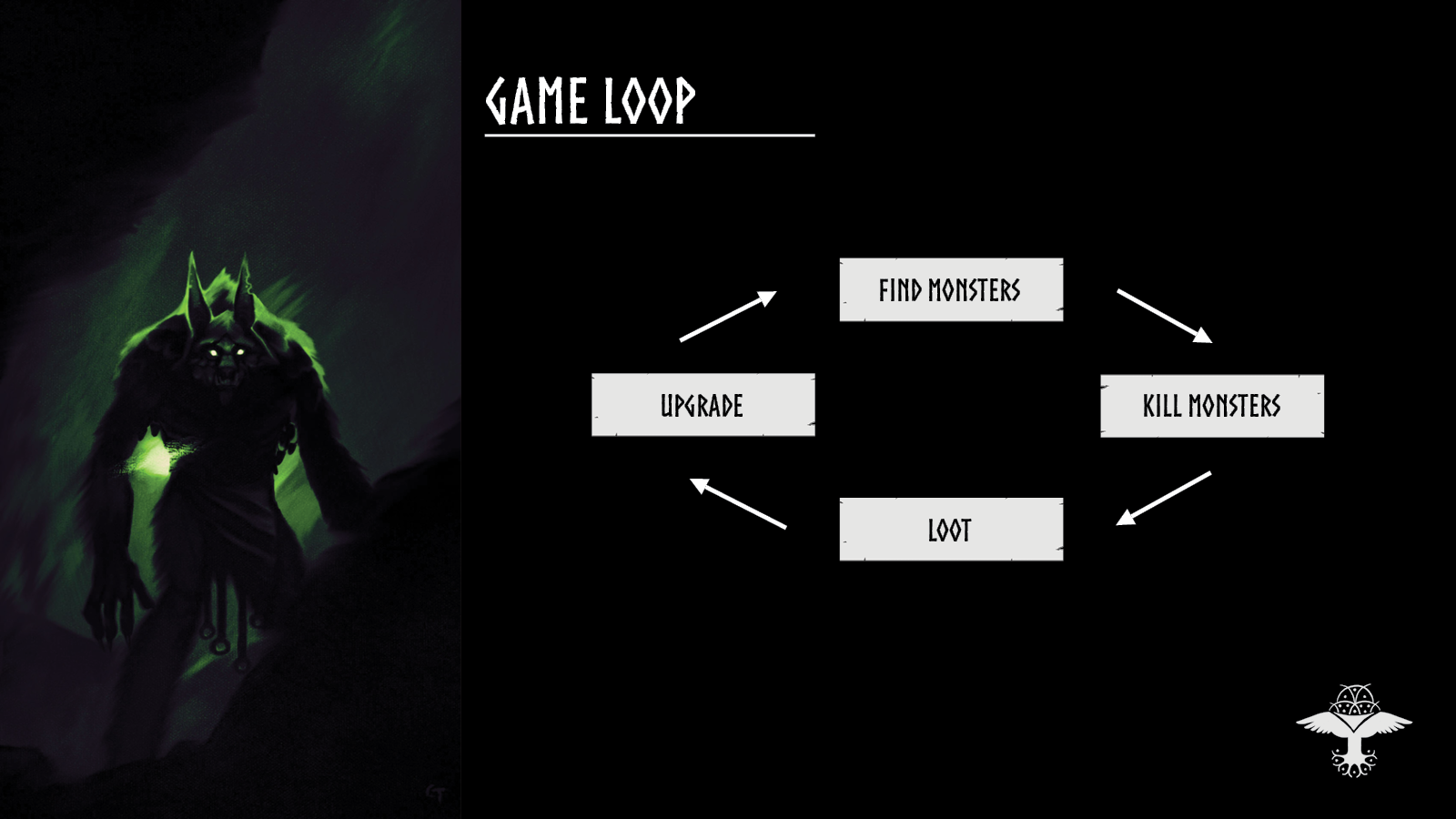 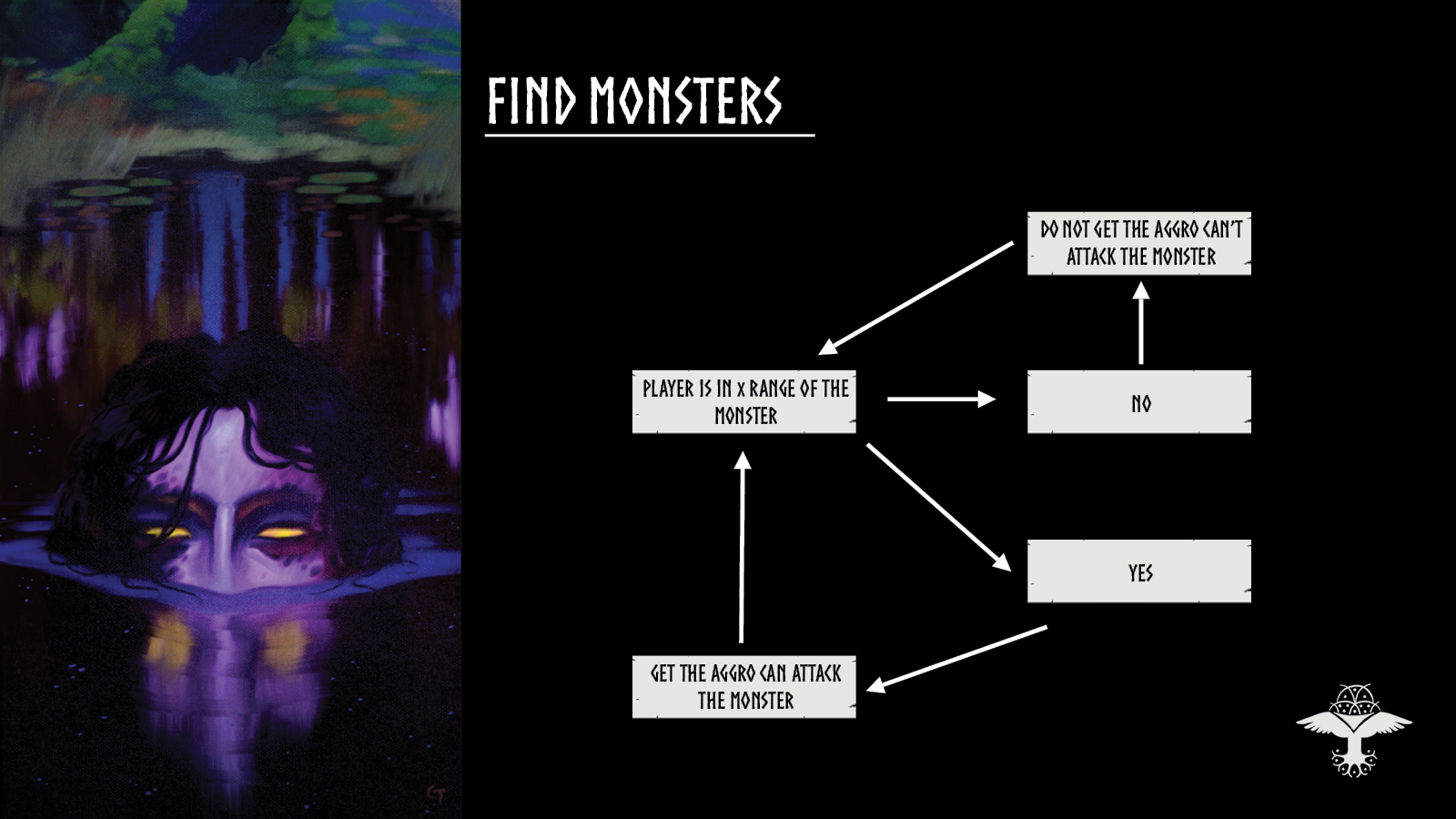 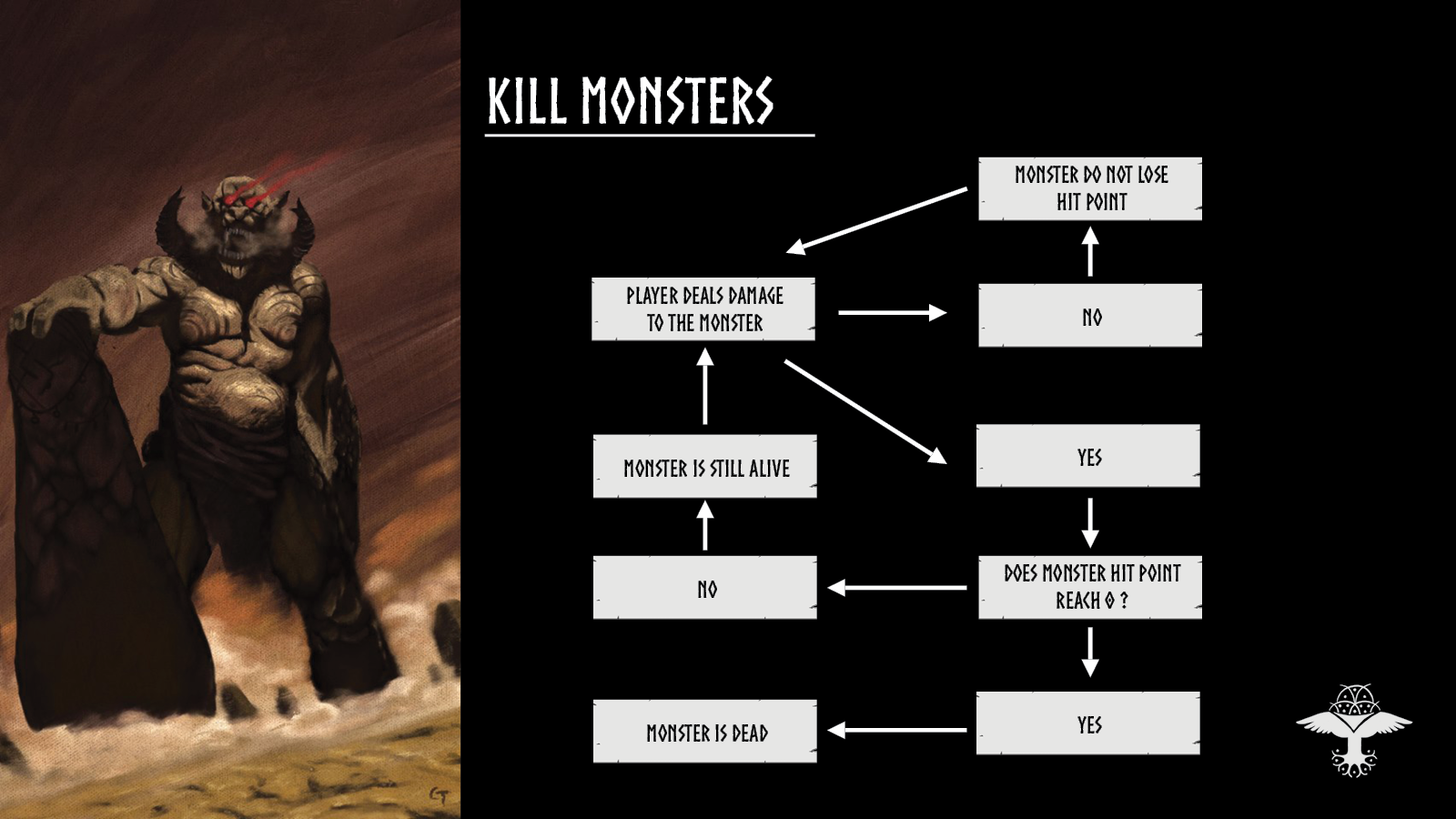 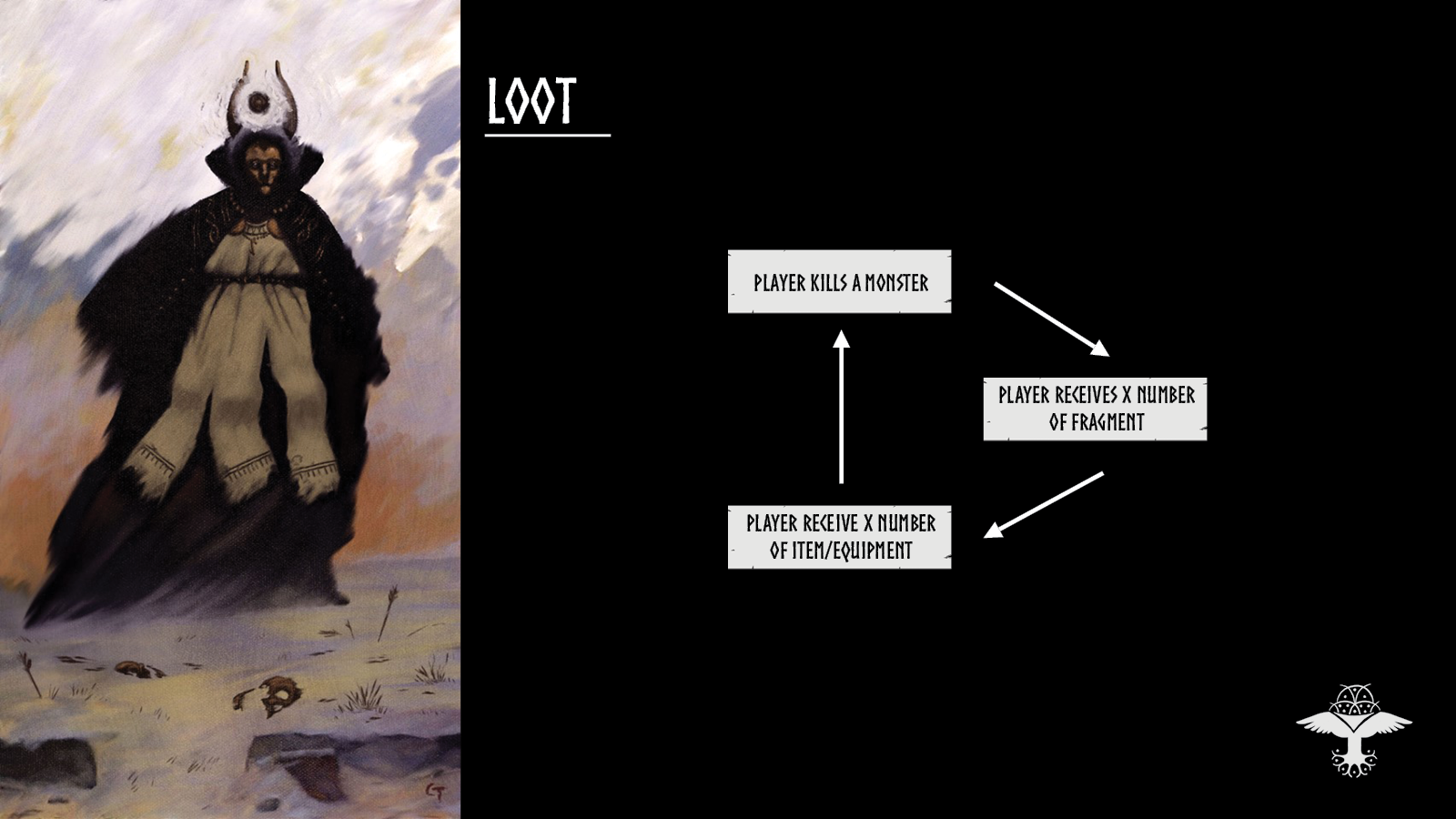 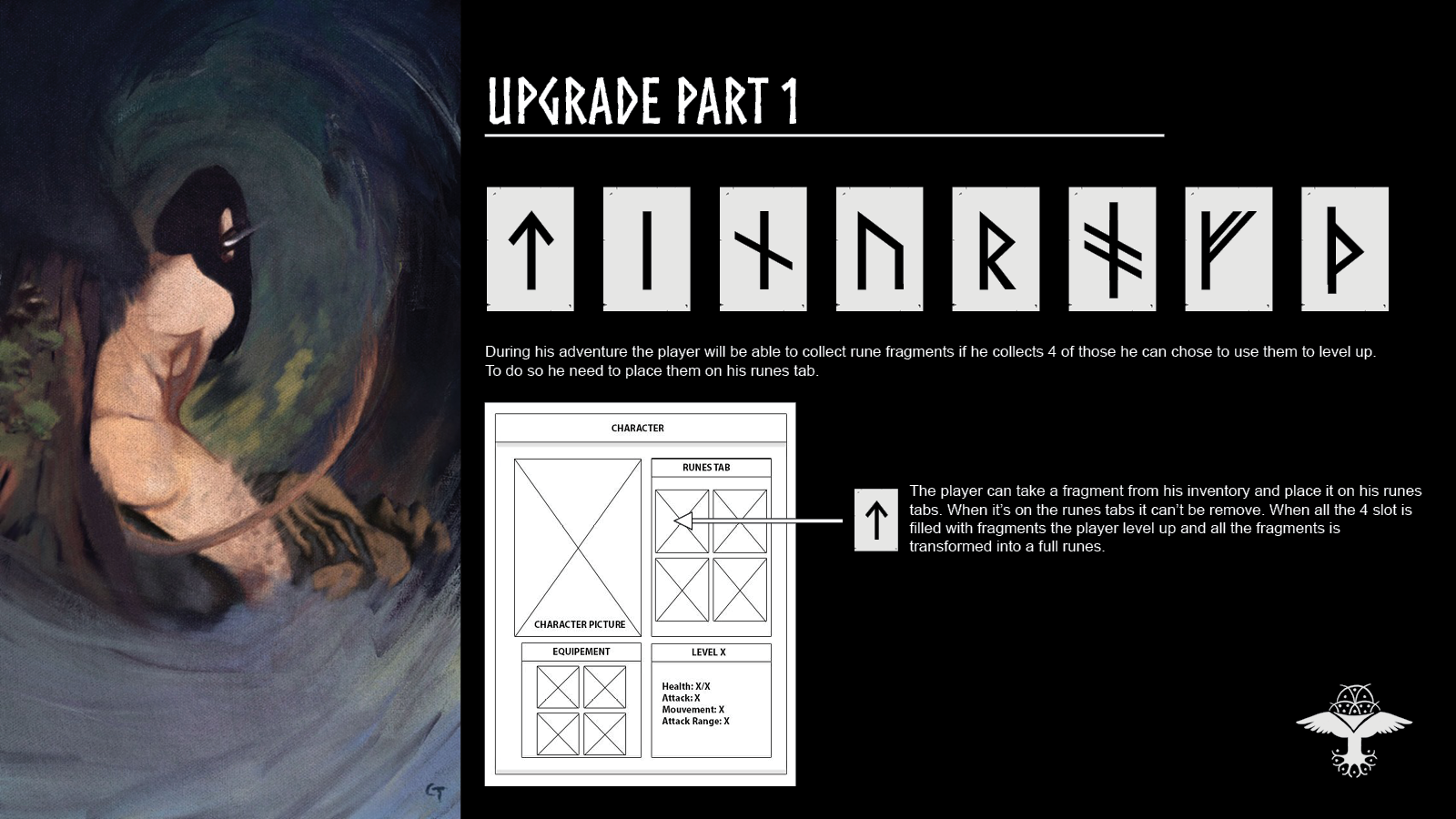 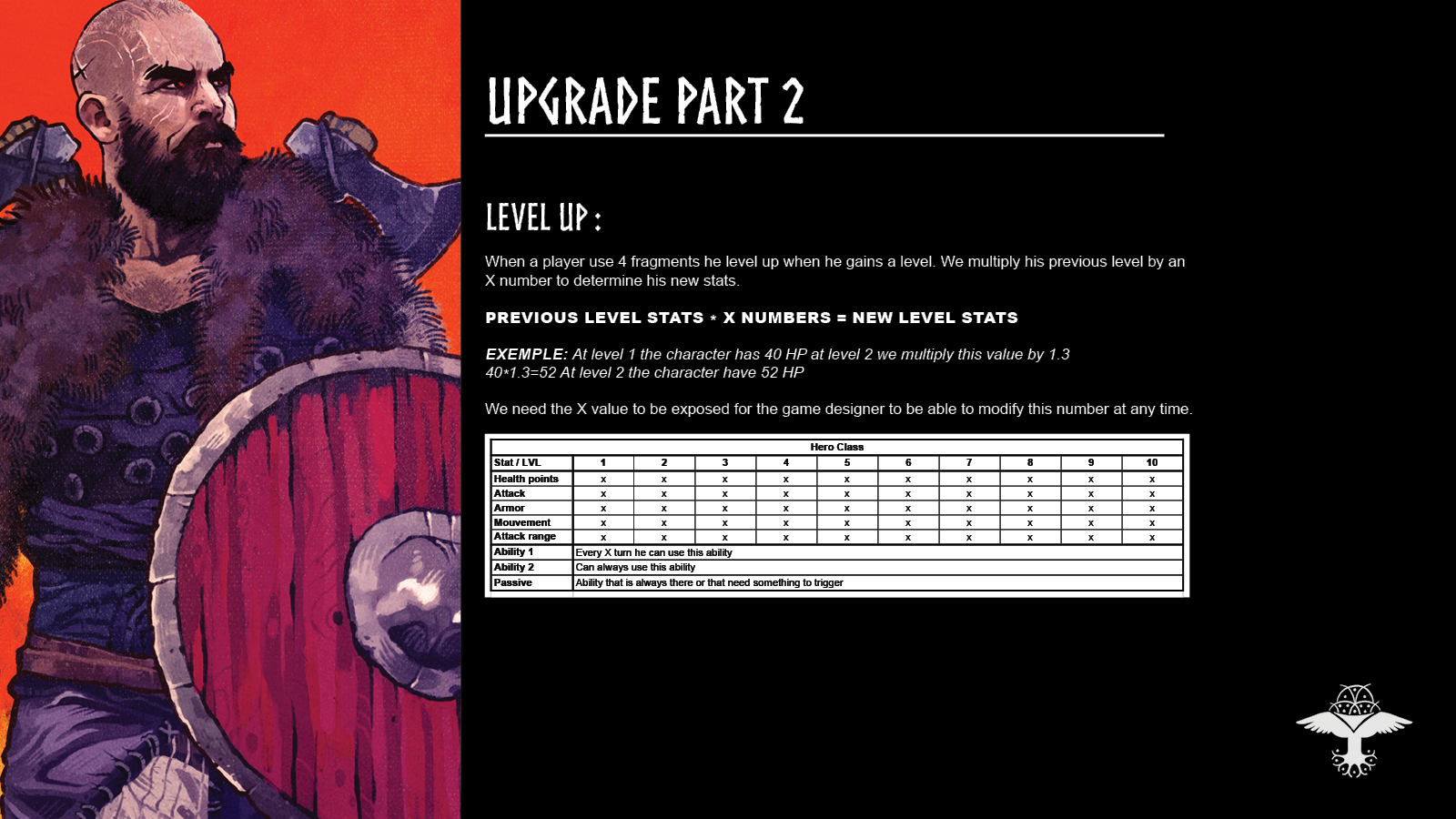 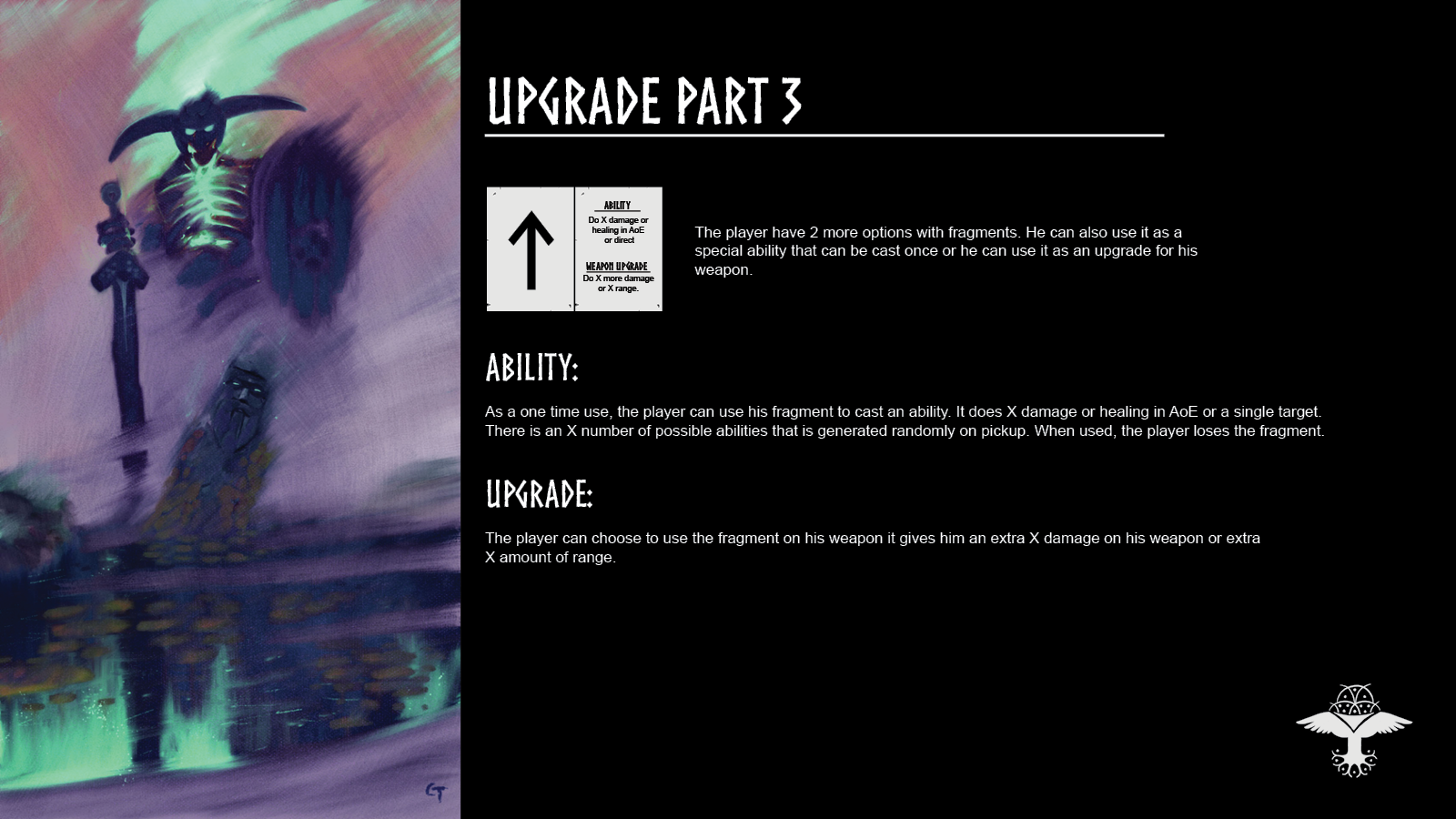 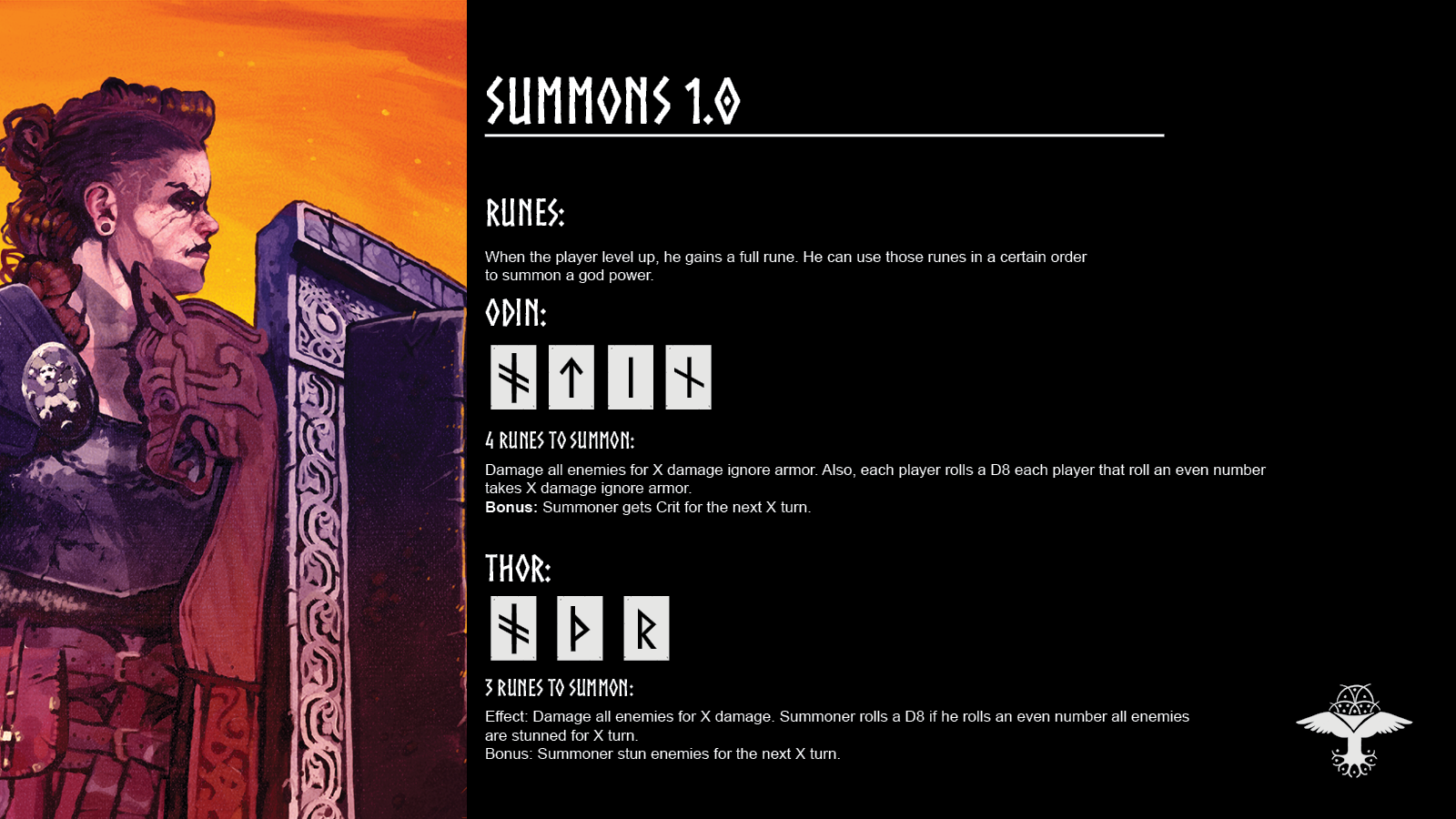 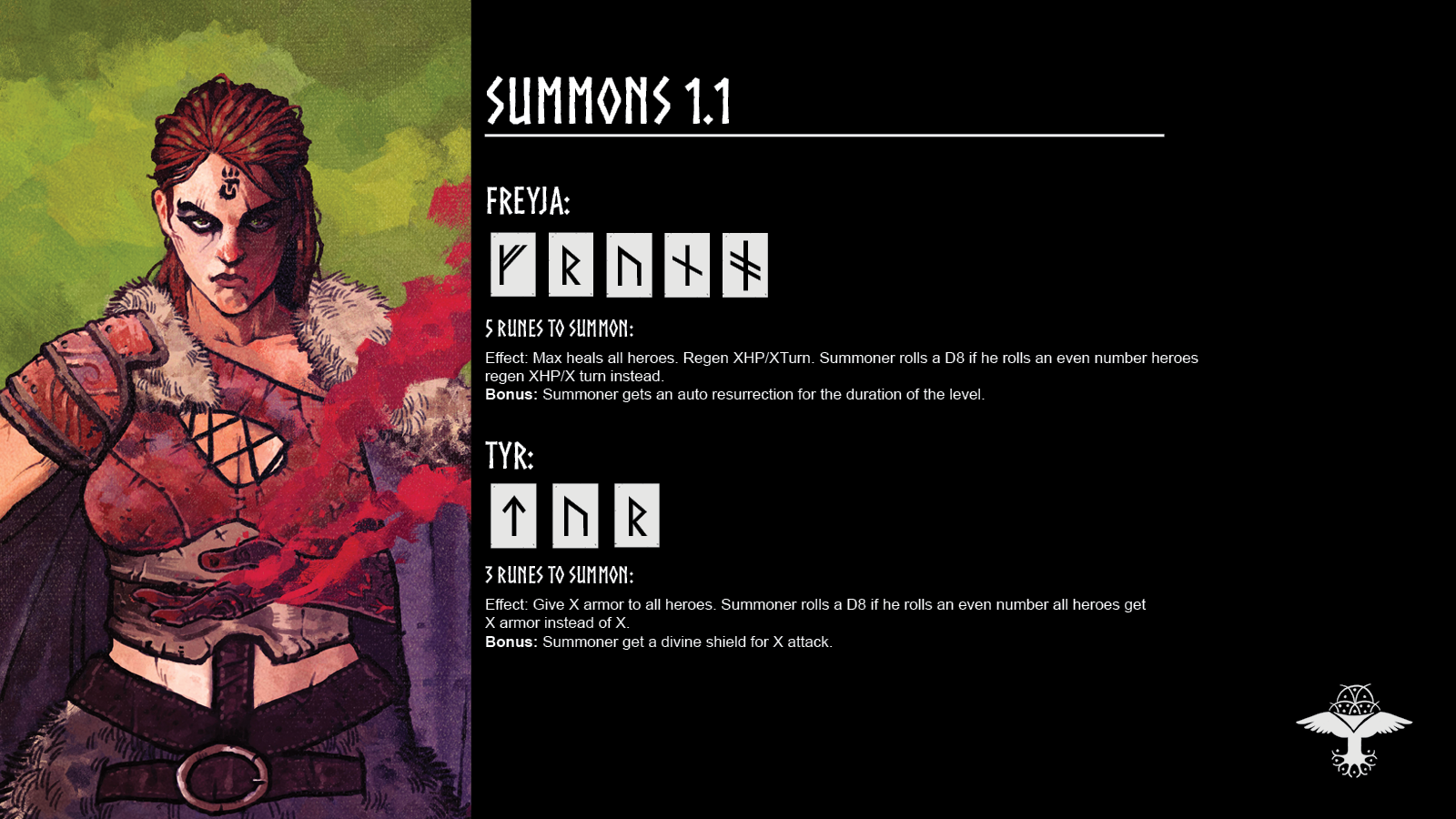 Here is a tool that I created to be able to follow the changes between each version of the monsters. Each change is automatically updated in the chart which allows us to quickly see the modification from one version to another. It also contains a graph that demonstrates the intensity curve for each turn of the monster.

We can see that from version 1 to 2 that there has been a big change in the life of the monster by quickly looking at the graph. 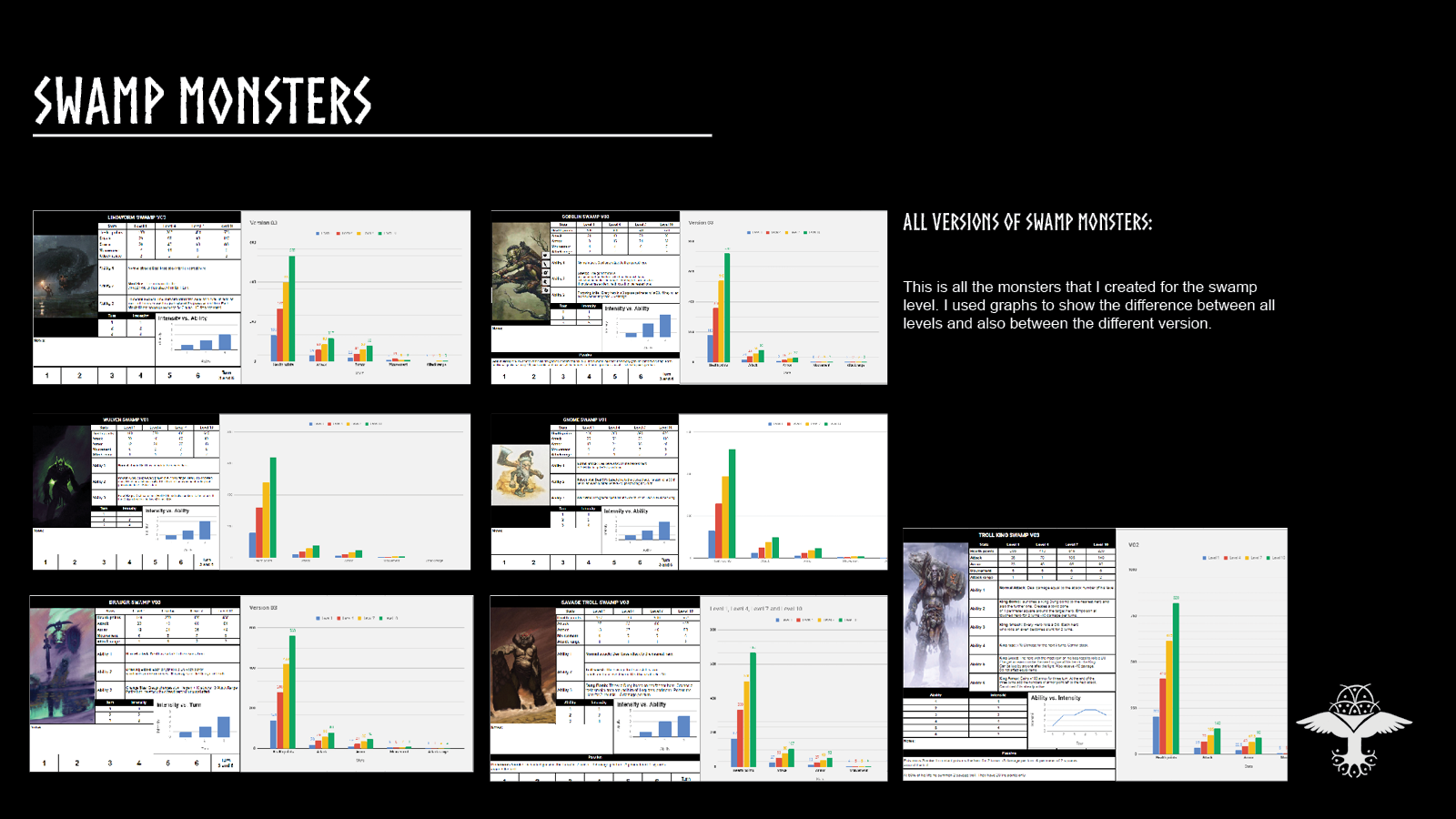 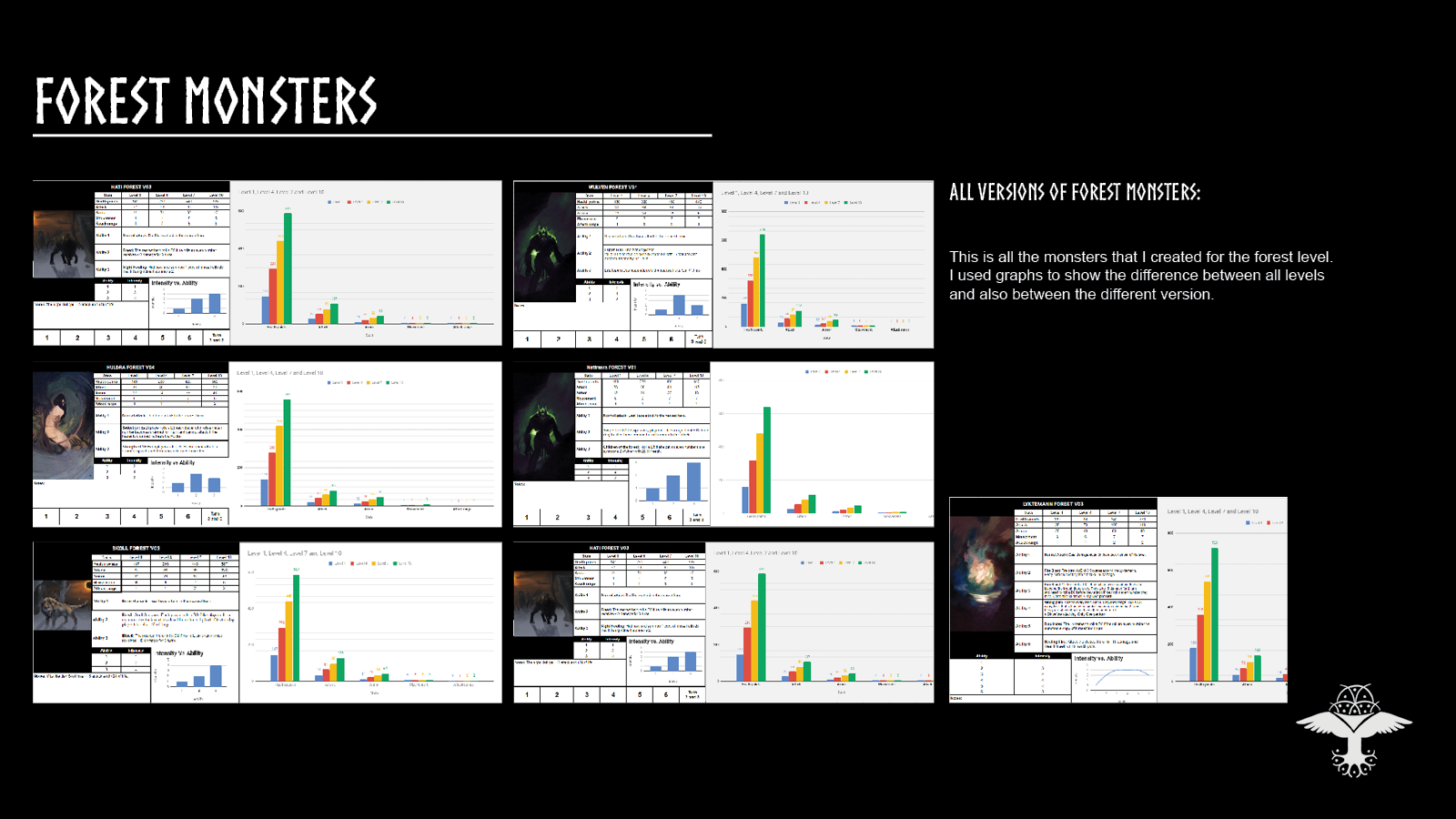 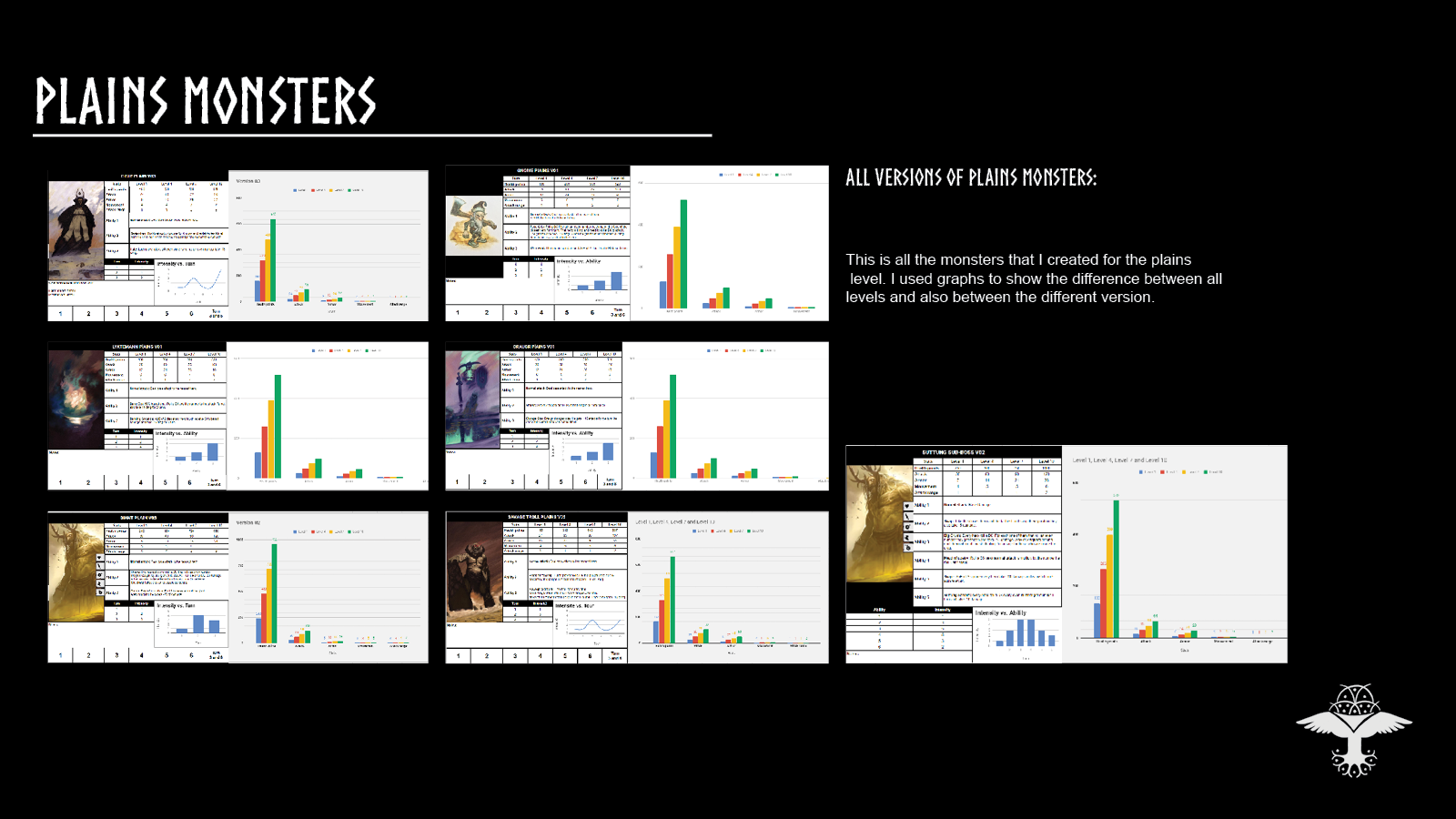 Our programmer was able to create a tool allowing us to design levels and skills for all the characters and creatures of the game.

Here is an example of the creation of a level

Here is an example of creating an ability

Here is the ability in game

ENVIRONMENTAL EFFECT DID NOT WORK

Along the way, we hit several problems. One of the major problems was that we had a lot of bugs in terms of environmental effects. The characters were stuck in the water or even if the elevation of the level was not equal the players were not able to move.

So I decided to create the arena mode. In his type of gameplay, we had no environmental effect and the arena had no elevation. Players could fight against a creature party that we decided in advance. This allowed us to test the fights and create a challenge for the player while still trying to fix bugs in parallel.

In the Arena mode the more the player moves through the levels, the more difficult the fights become.

Here you can see one of the arena that we did. It does not have elevation and we wanted to make sure that the focus was on the fight only. 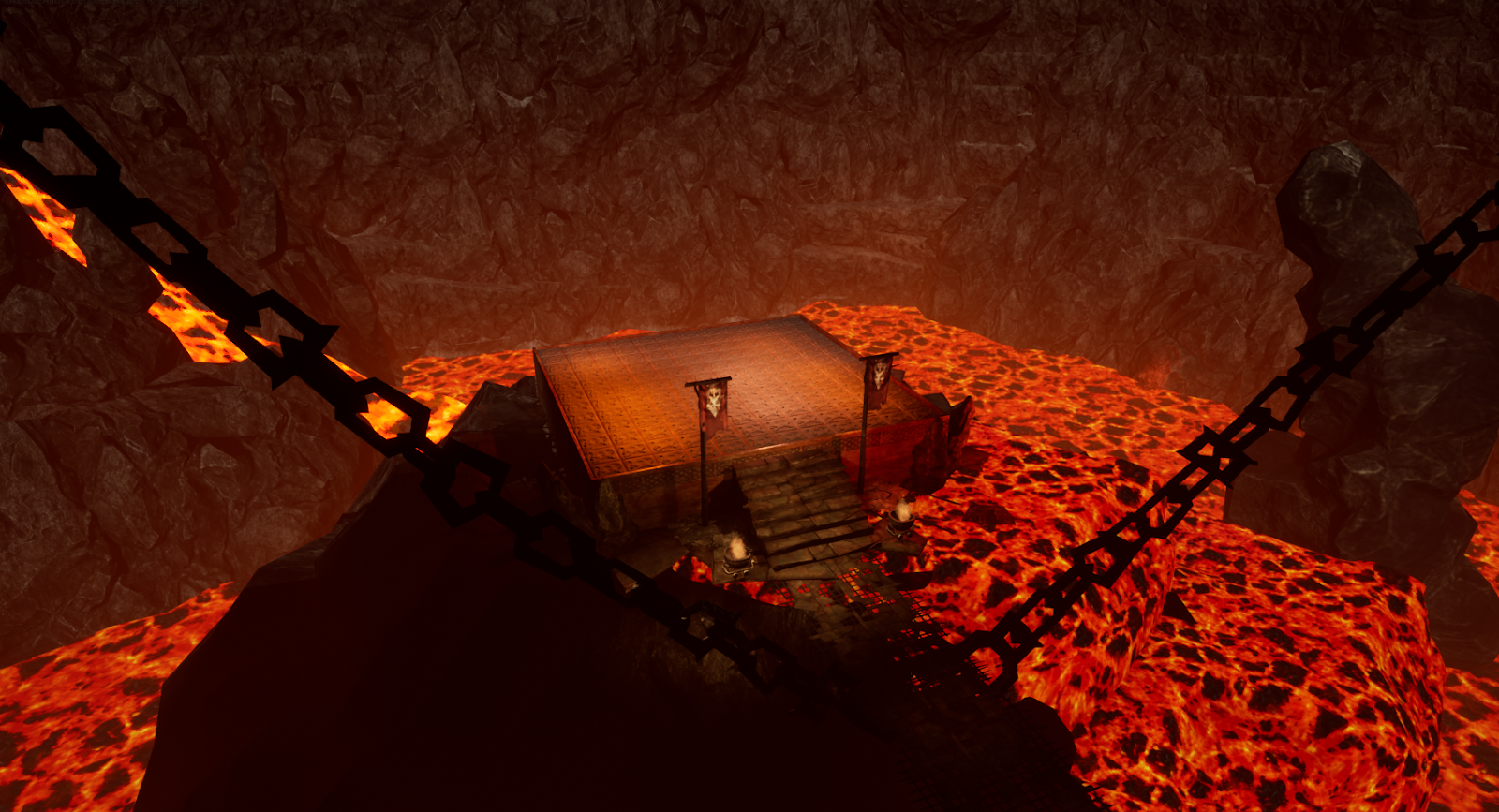 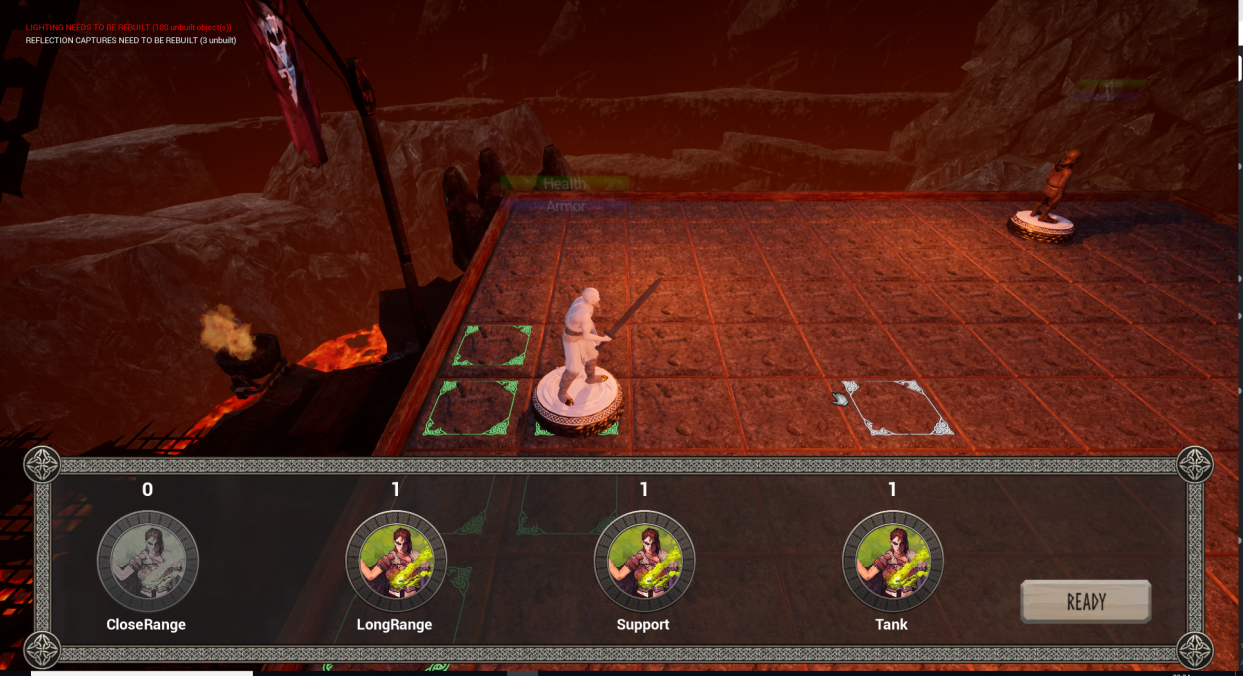 As in all projects, time was a problem. With only 1 programmer we did not have time to integrate the inventory system, level up and experience obtained when a monster was killed.
To replace all these systems we have created the chests. Each of them could hold a level, a potion or armor that was consumed when the chest was open. This allowed us to maintain the basic system and facilitate their access.

This also creates a nice system of risk vs rewards. 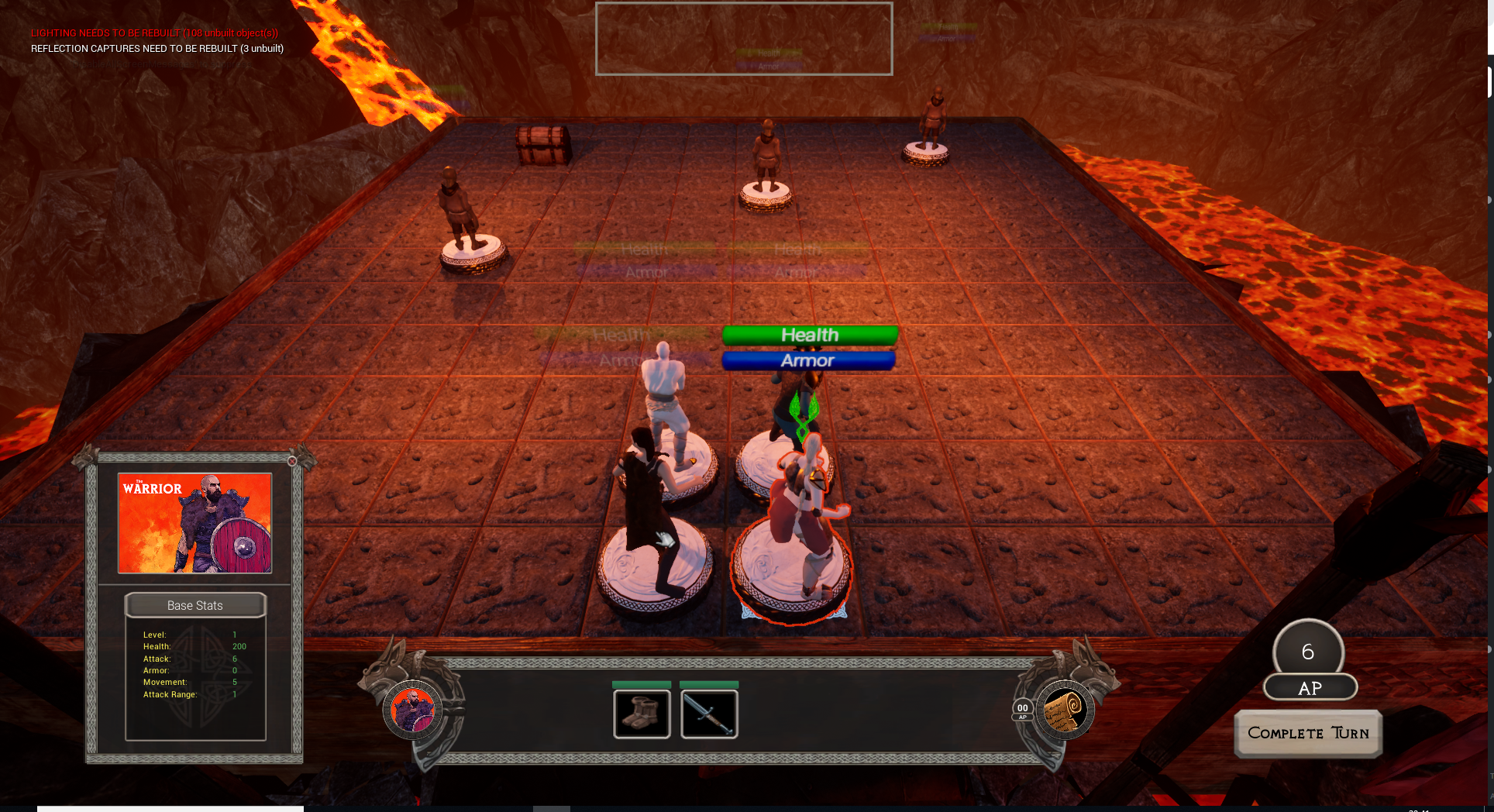 Arena mode was a good start

By creating the arena mode it gave me the idea to create a bounty mode where we could have a bigger level but without using elevation or environmental effects.
We managed to make a goal system where we can give a mission to the player, for example, to go kill 2 specific monsters to succeed the level.

The player had the opportunity to explore the level to find chests that allowed him to become stronger. 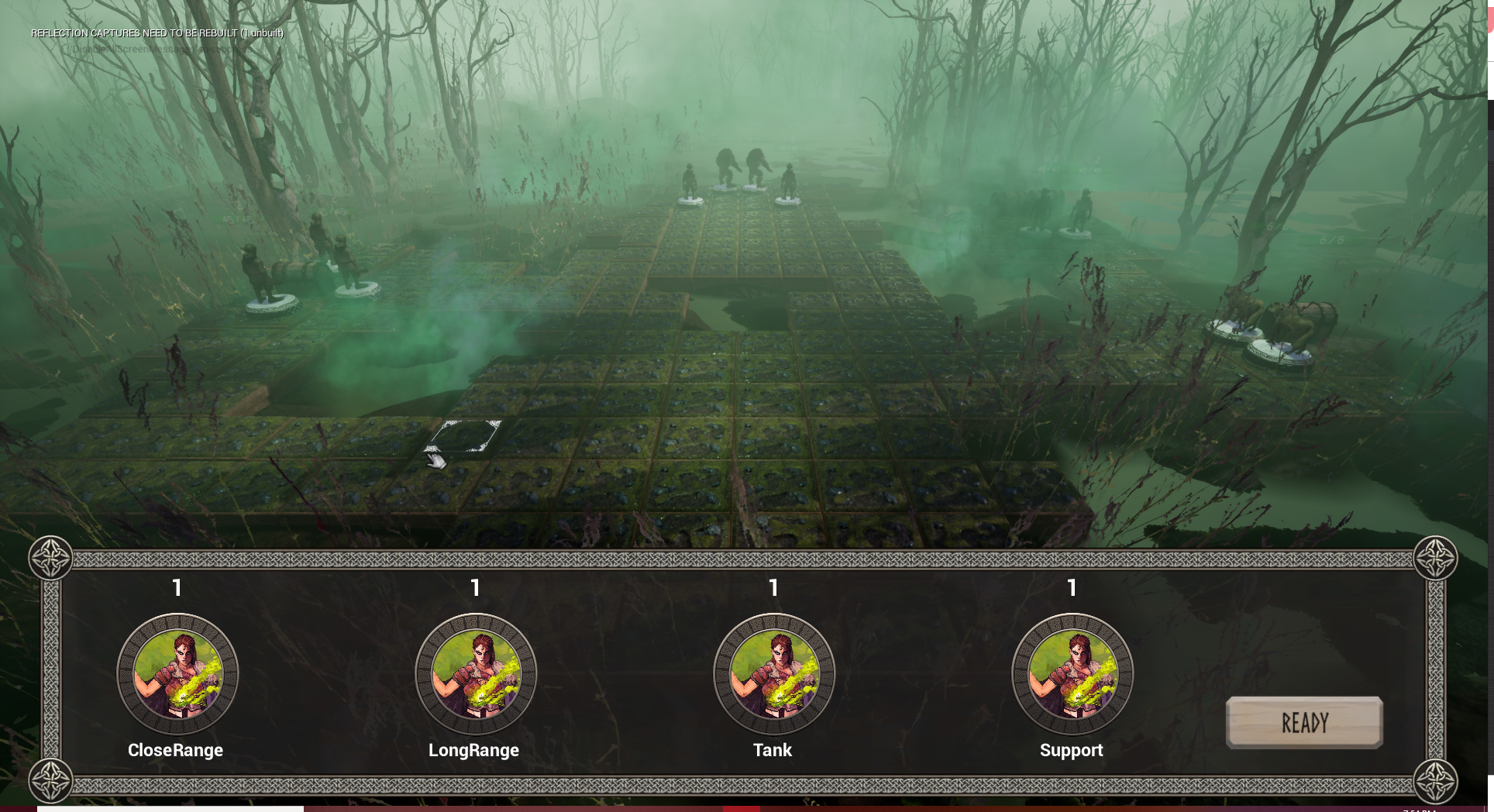 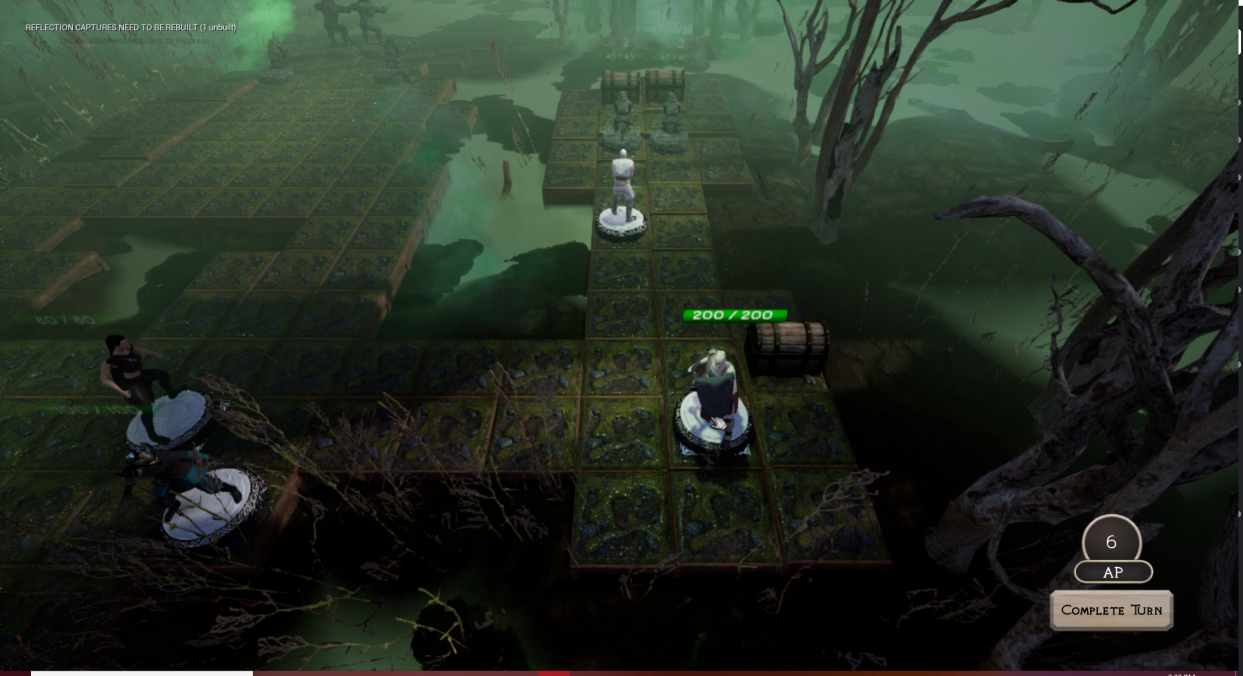 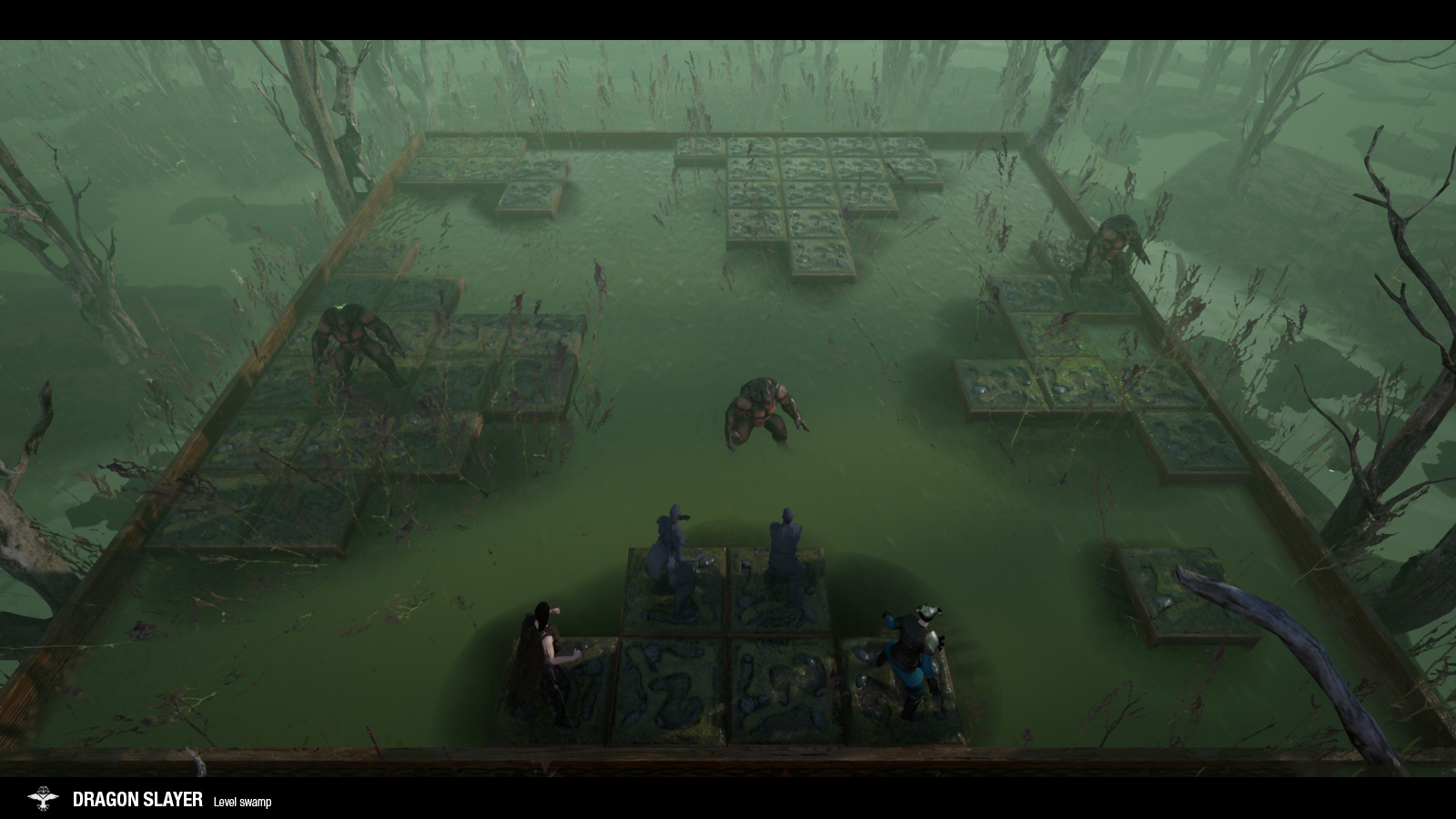 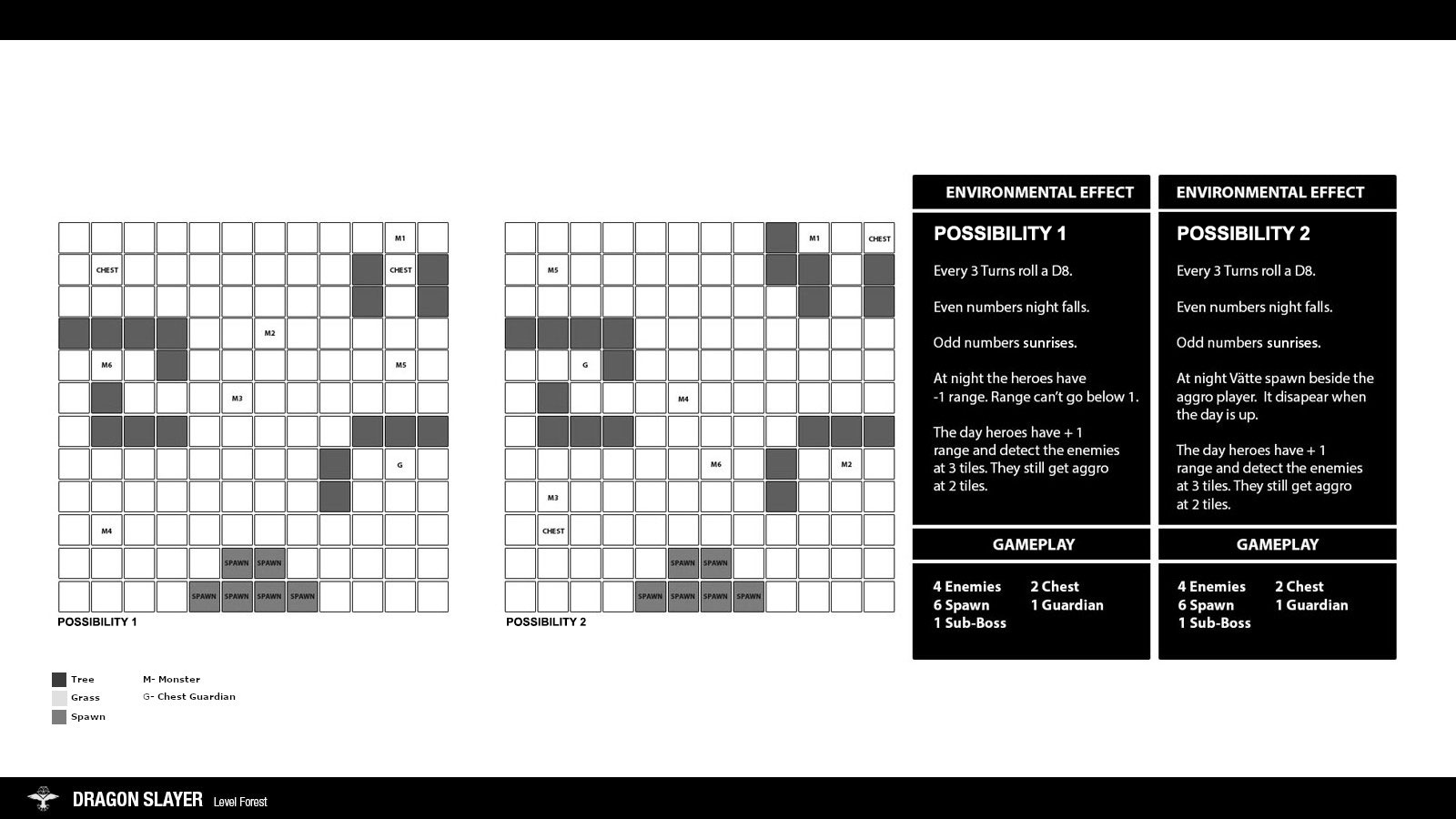 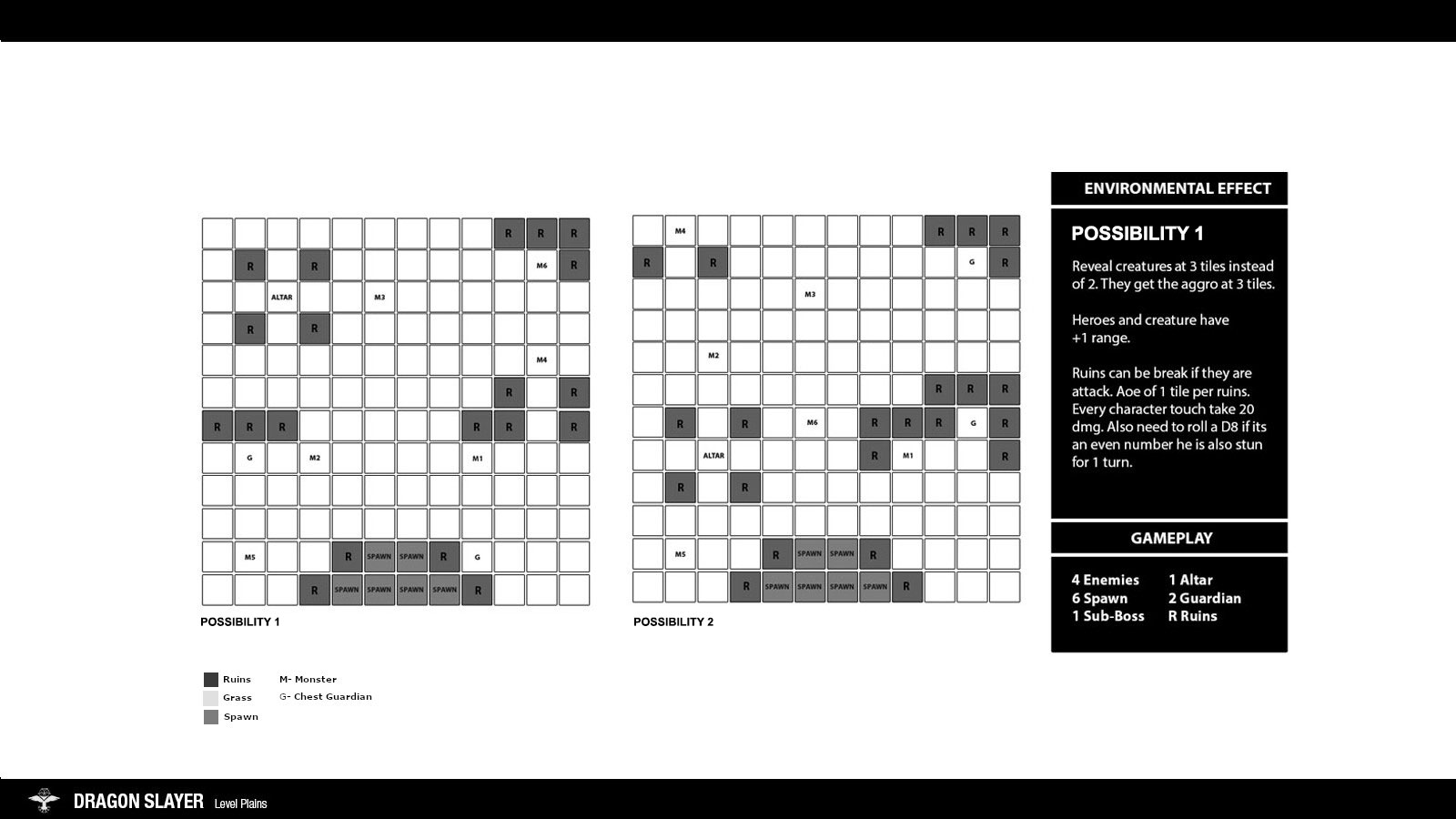