A 2-player cooperative game based on global warming and influence on polar bears.

Create asymmetrical gameplay for 2 players and 1 AI that can adapt to the player.

We created 3 times the same level that changes with global warming. The higher the levels, the more difficult it becomes to reach point B.

I took the feedback from the testers and applied the changes when I felt the need. I also looked at the background of the testers to find out what kind of player they were.

Communicate the game mechanics and the vision of the project to our programmers. Daily Check up with them to find out if everything was on time. 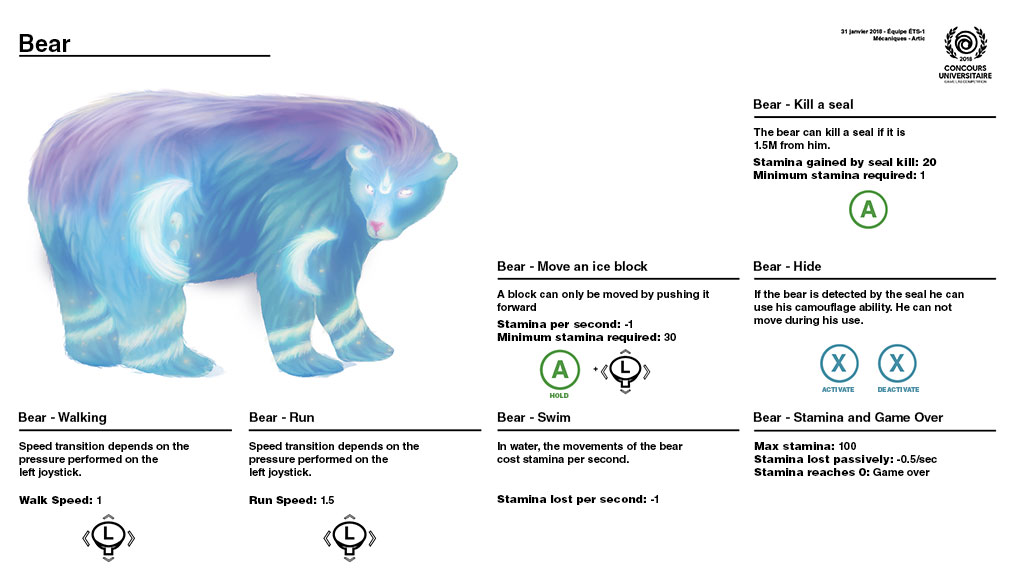 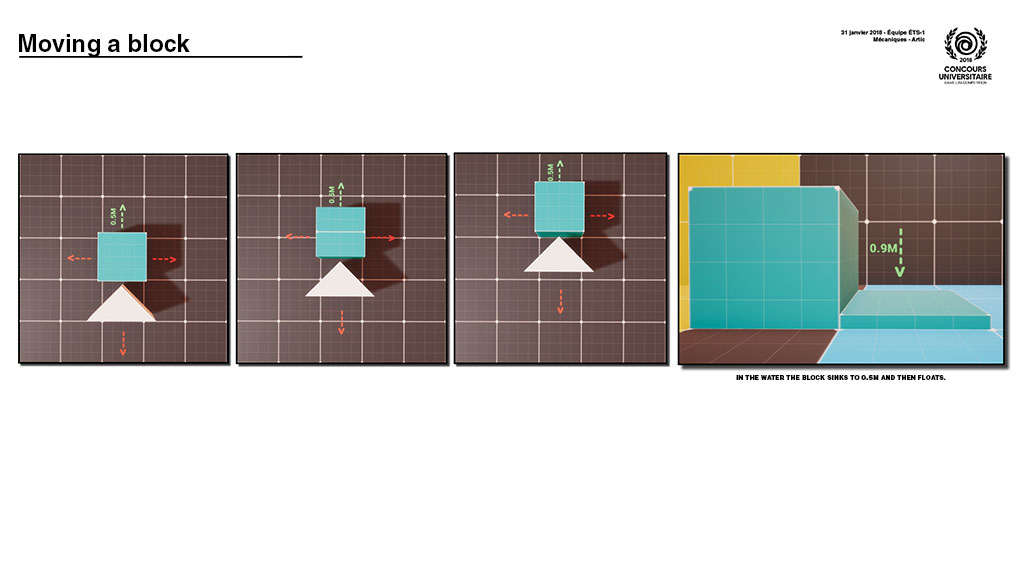 The Guardian can’t touch water and by pushing cube the bear allow the guardian to pass above it. It also cost stamina to the bear when he is pushing a cube if it reaches 0 he dies. 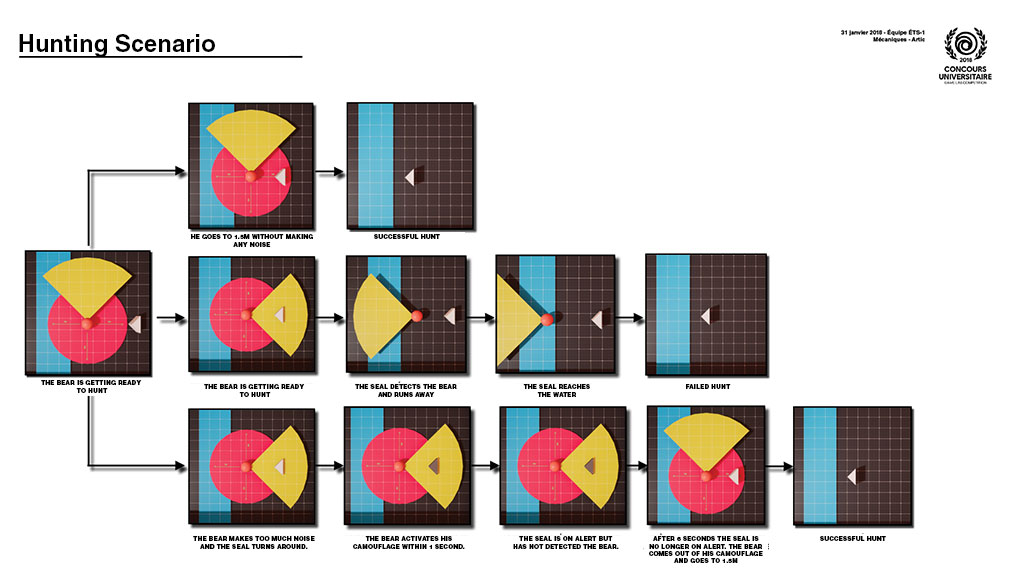 To regain stamina the bear need to hunt seals. He must be careful to not be detected by his target or the seal might escape by jumping in the water. 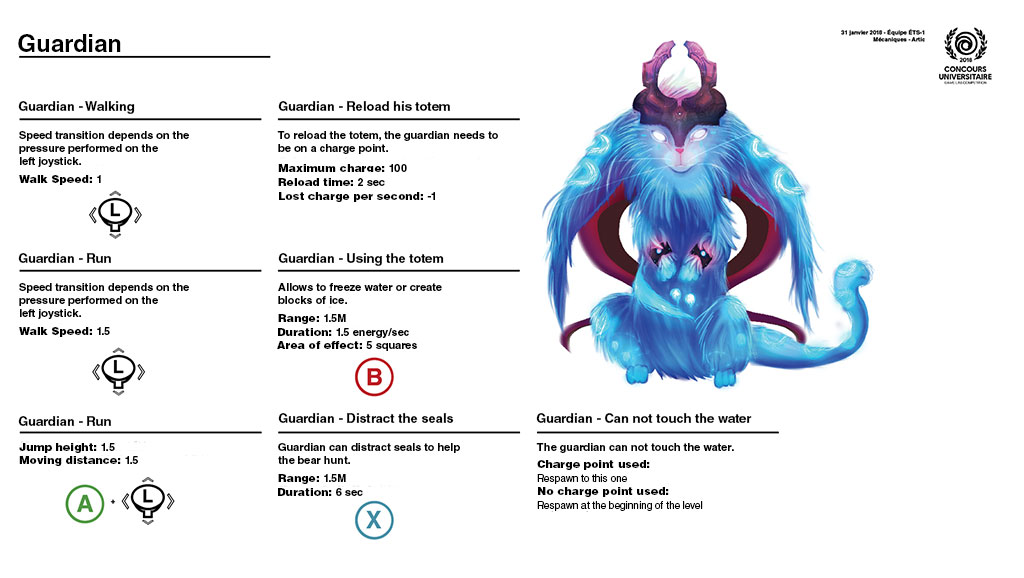 With his charm ability, the Guardian is able to distract and make the hunt a lot easier for the bear 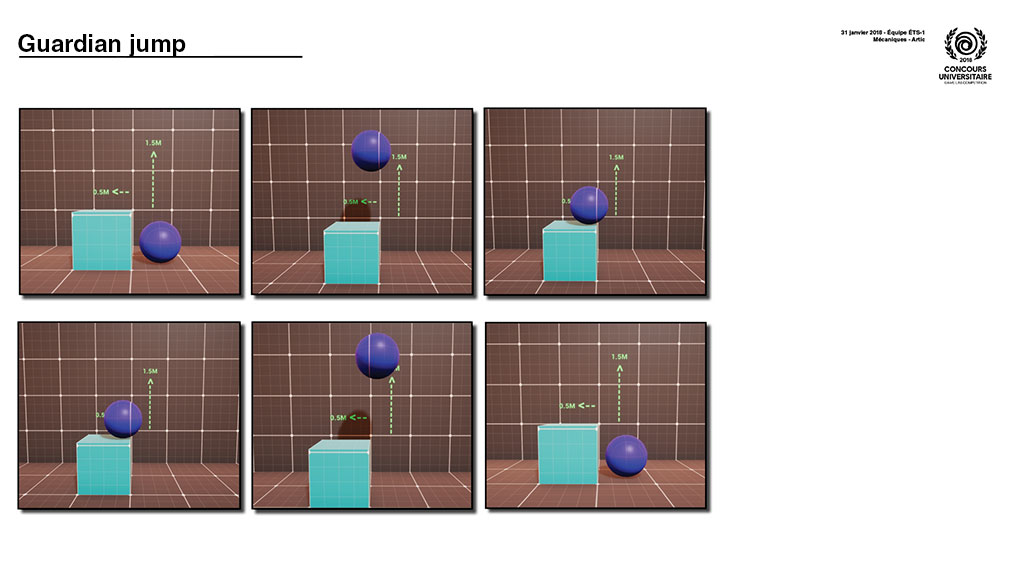 Tweaking until it feel good

I spent a lot of time working on the guardian jump. It was important for me that the player understands the height and distance at which he can jump from his first use. I tweak the animation, I play a lot with the values and I give him a higher gravity to give him a faster fallout.

The character speed was way too fast and he was gliding a little bit in the air and because of that, he was able to jump really far.

I play a lot with the character speed and gravity for him to fall faster and jump less far. After all these changes it was nice to control the character. We felt more in control of his movement and it was much easier to understand the distance where the character was able to jump and land. 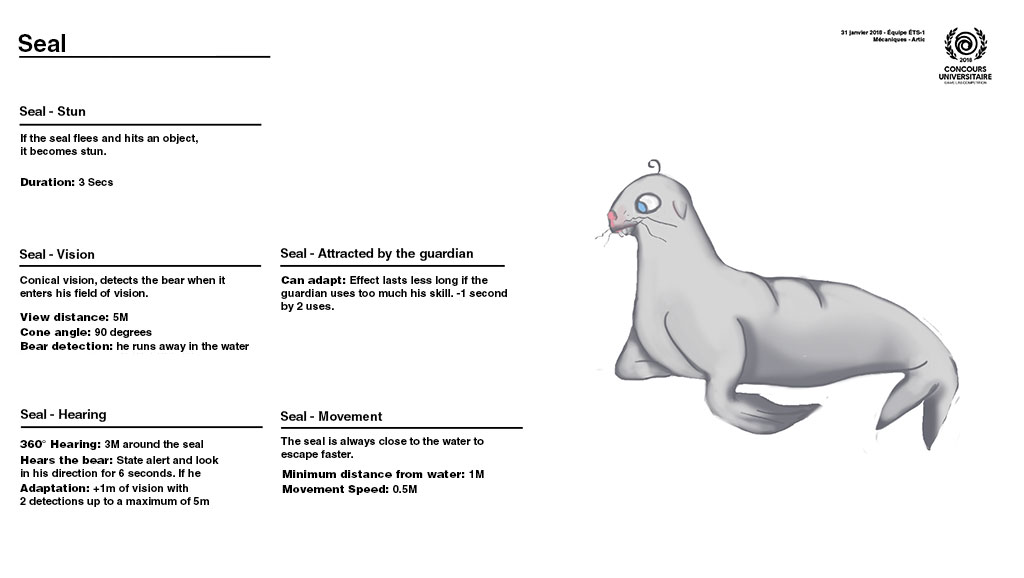 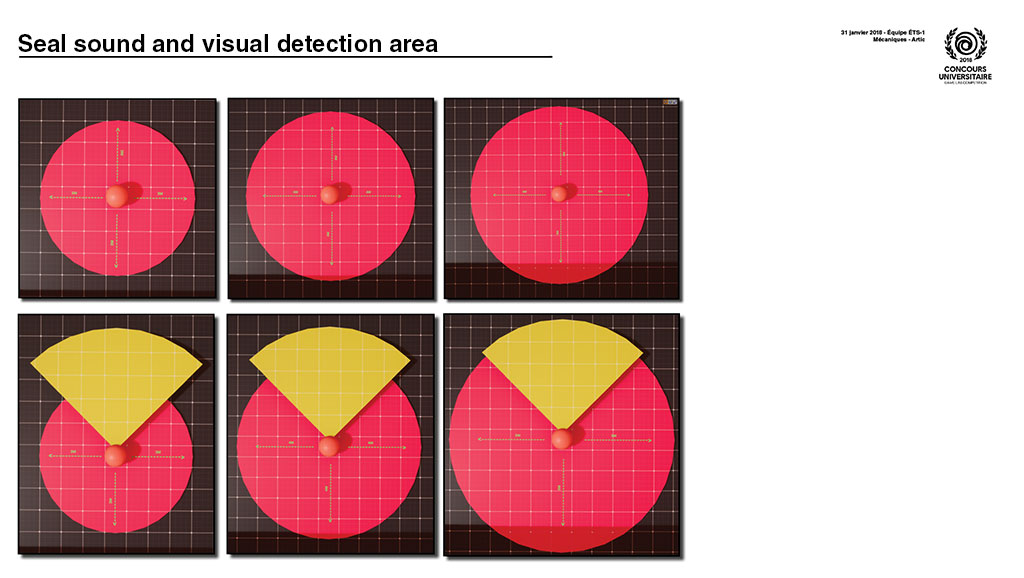 At first, the guardian was not able to distract the seal and I thought he was useless, he was just waiting to be transported and he did not really have a synergy with the bear. That’s where we thought that it could be interesting to make him part of the hunt. From this point, we were able to create 2 completely different characters that need to work together to reach the end of the level.

It was hard to make the player understand that the bear needs to eat before he dies we did some test with sound the more you need food the bear was breathing harder and the color on him was fading but it wasn’t enough this is where we create the wheel UI for the food. We didn’t want to create one at first but as we made some playtest with it we realize that the player understands a lot faster with it so we keep it. 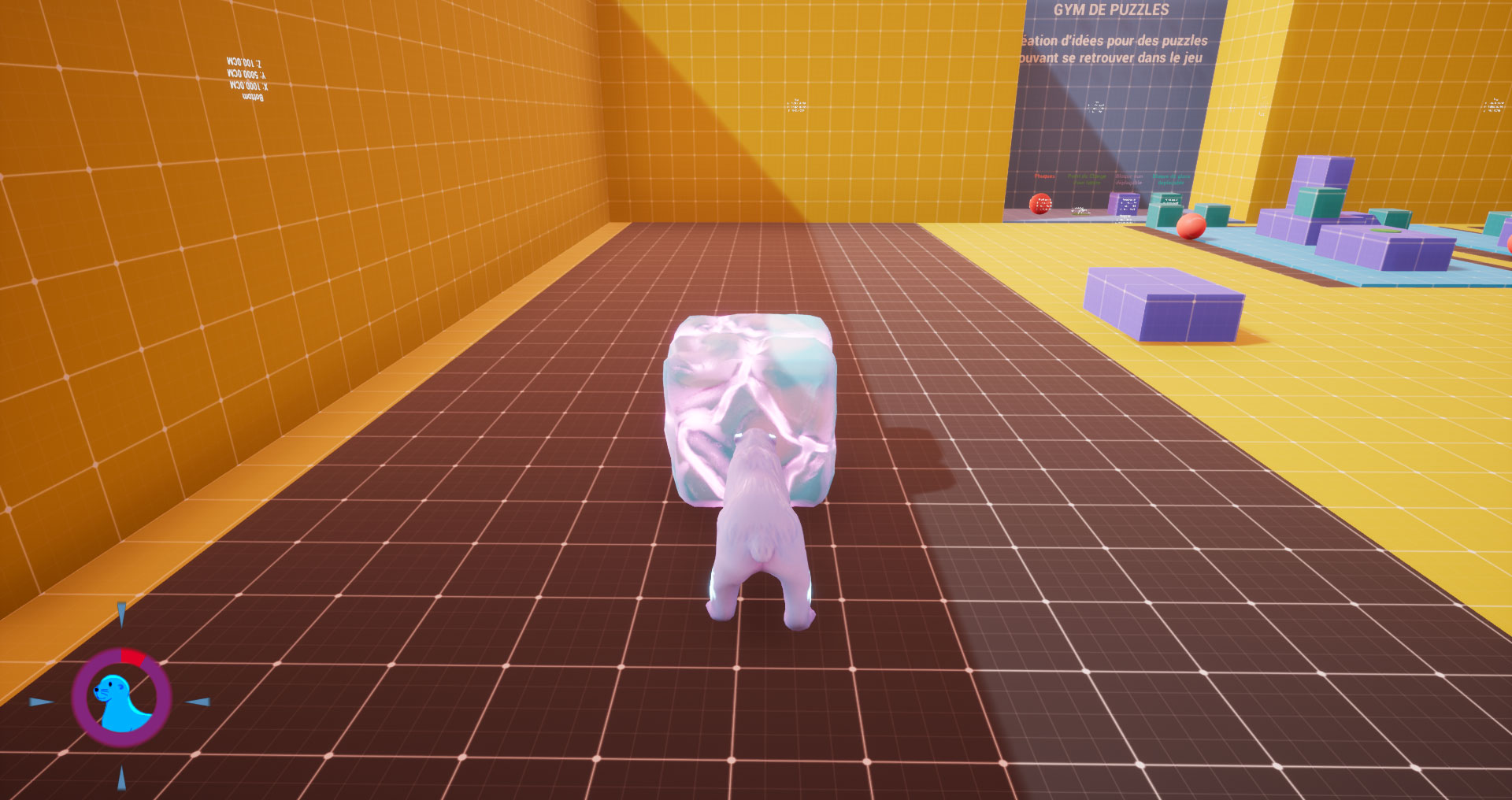 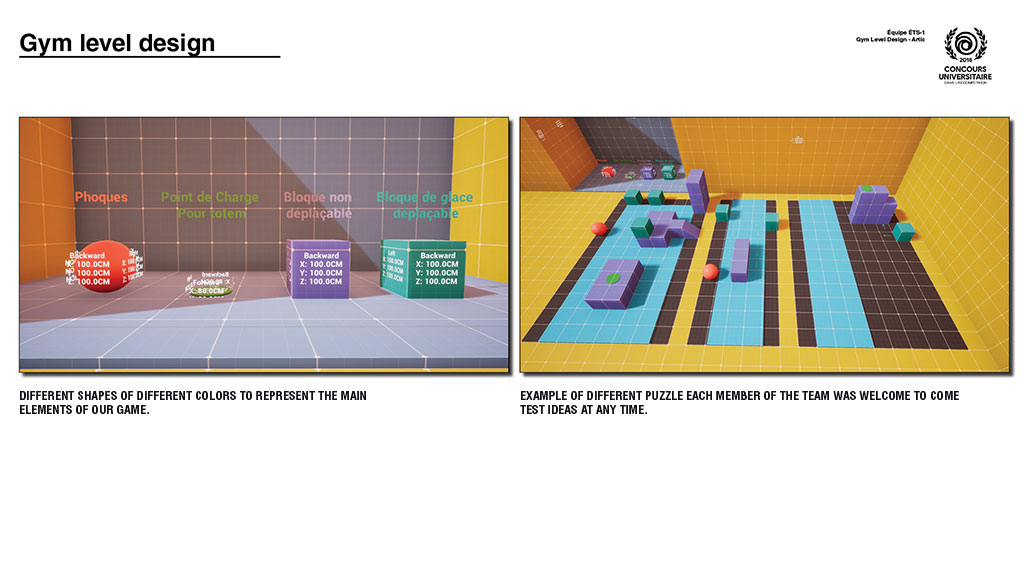 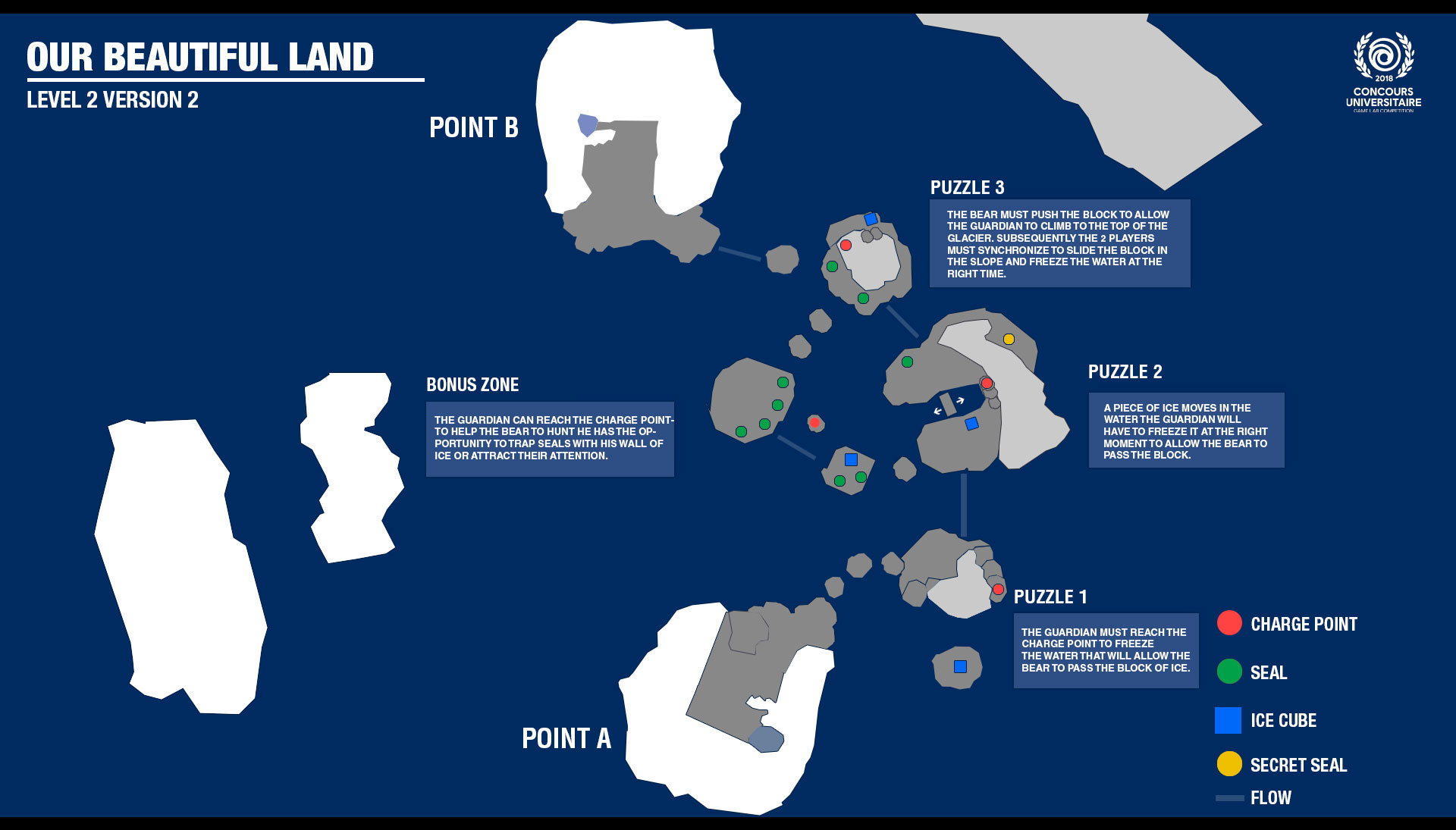 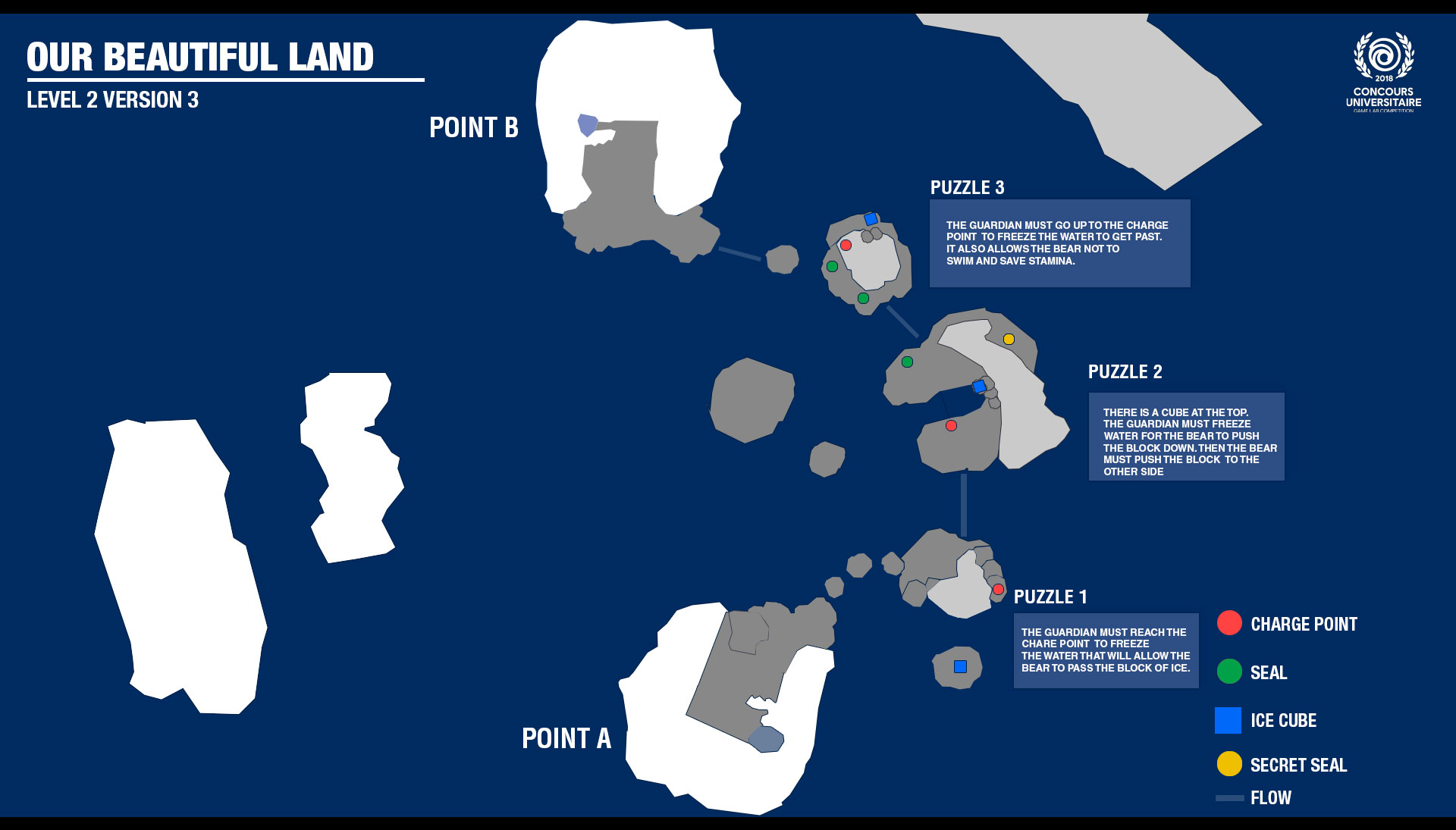 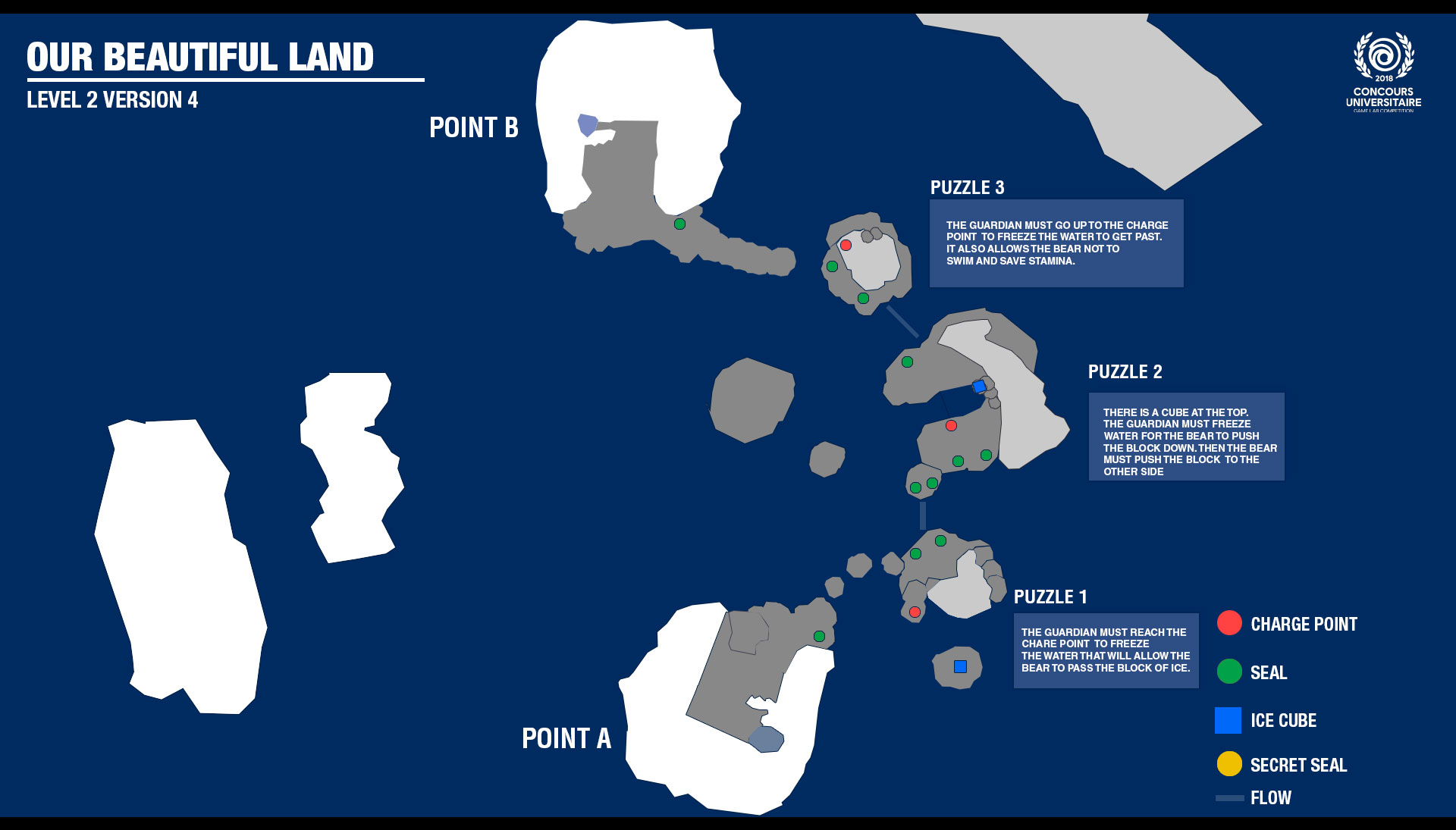 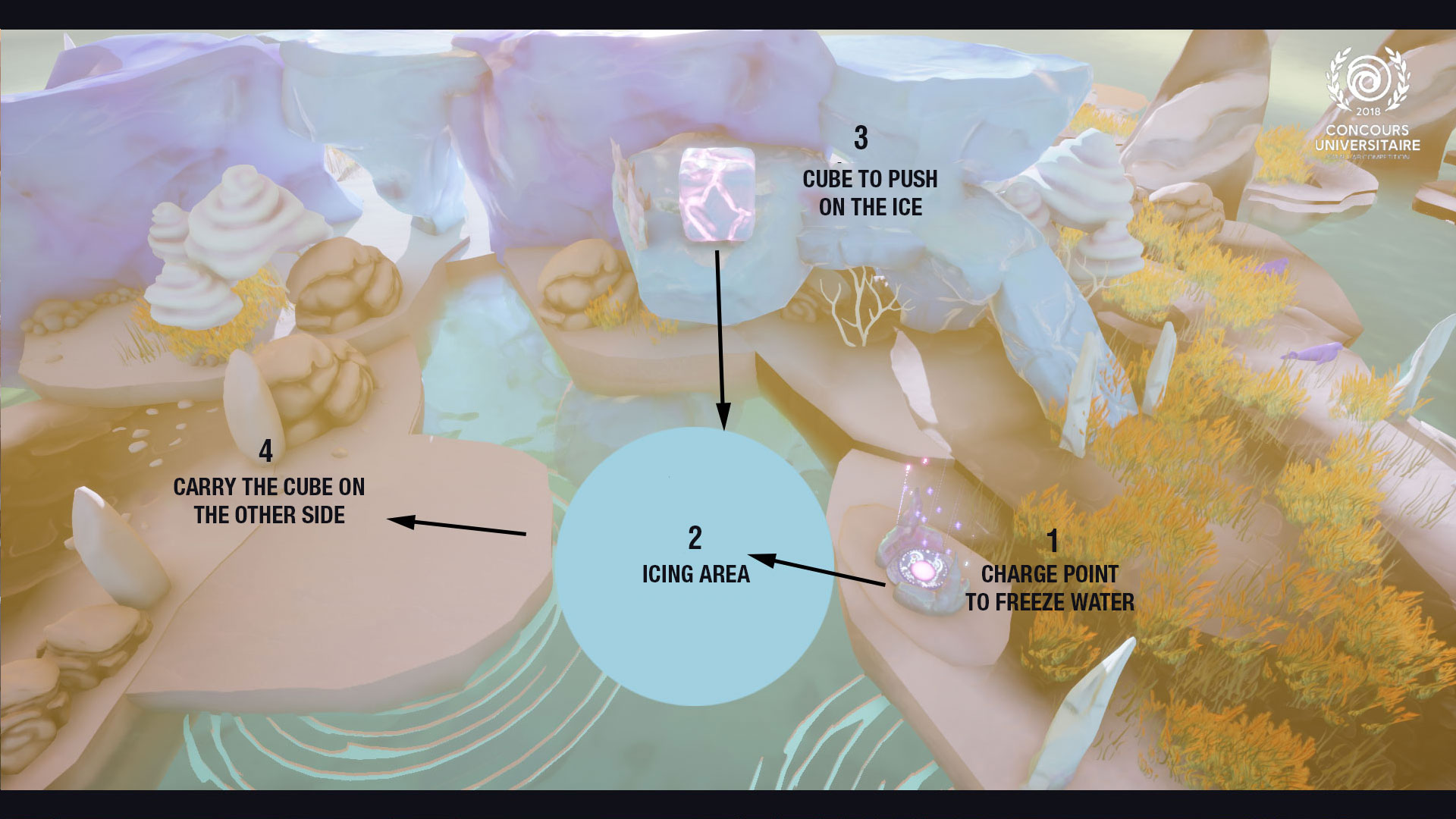